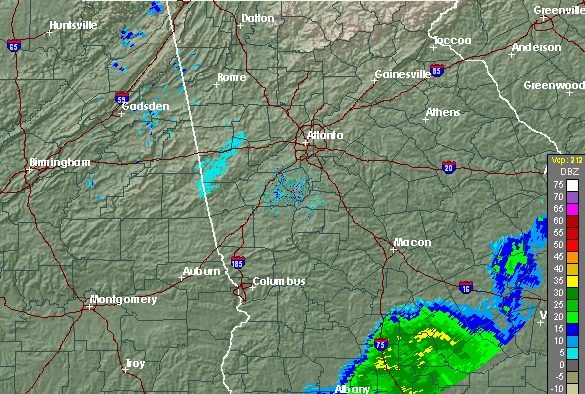 An updated radar image from the National Weather Service.
Share 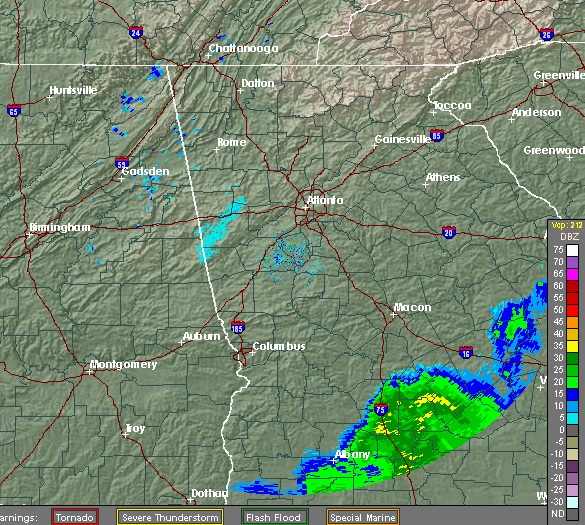 An updated radar image from the National Weather Service.

The last few days have put residents in DeKalb County on alert for flooding and tornadoes.

According to the National Weather Service, our area should be in the clear by Thursday, May 1.

NWS says there’s the possibility of  “isolated severe thunderstorms” today and into this evening. There’s also a flood watch that remains in effect.

But the forecast looks better starting on Thursday.

“No hazardous weather is expected at this time,” the bulletin from NWS says.

The weather on Tuesday, April 29, knocked down trees and caused blackouts for hundreds of Decatur residents. It also brought a halt to CRCT testing in City Schools of Decatur classrooms.