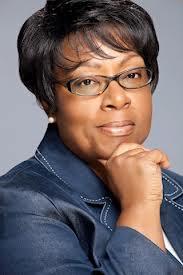 Atlanta City Councilwoman Natalyn Archibong said she isn’t pleased with the way Mayor Kasim Reed’s office has responded to a report about unauthorized raises in the city’s Watershed department, according to WABE.

City Council members spoke out about the raises during a meeting on Monday.

Last week Archibong, who represents Kirkwood, said she was “very concerned” about the raises awarded without approval by the City Council. In that article, WABE said Reed had announced the raises would be rescinded. In an article published on April 21, Reed said the raises were in fact legal.

The changing story did not sit well with Archibong, who chairs the city’s utilities committee.

“It’s disappointing to have a story continue to change. To hear one thing Friday and hear another thing today,” Archibong said, according to WABE.

To read the full story from WABE, click here.