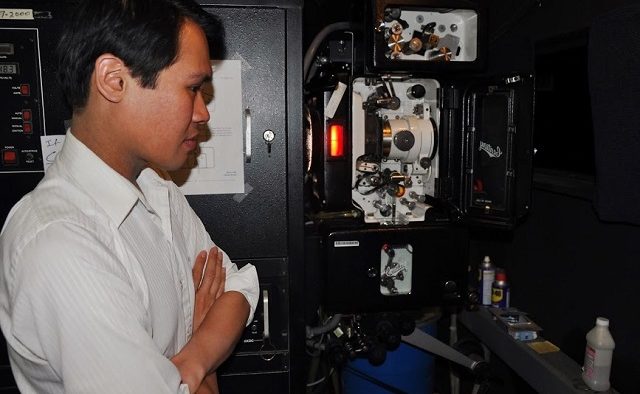 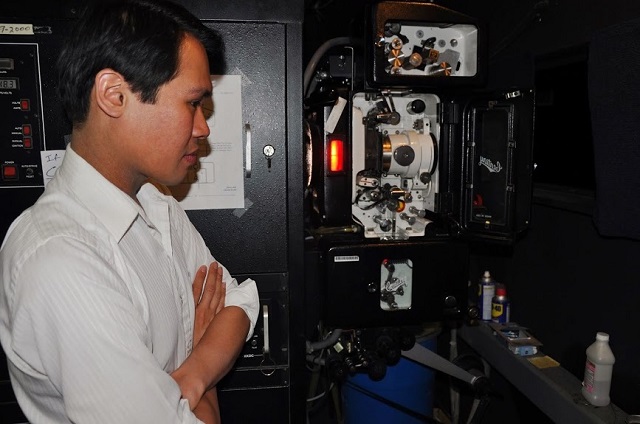 Marvin Evangelista looks inside the 35 mm projector in the Cinefest Film Theater at Georgia State University. Photo by: Dan Whisenhunt

Marvin Evangelista knows how to work a 35mm projector. He will soon be out of a job.

Evangelista works at the Cinefest Film Theater on the campus of Georgia State University. It’s one of the few 35mm theaters left in Atlanta, and shows films daily for as little as $3 before 5 pm, and $5 after. But the costs of obtaining 35mm prints of movies have continued to outweigh the benefit of their appeal. The theater recently announced that after 23 years of showing movies on film, it will soon switch showing them in a digital format.

“Since we’ve first opened our doors in the fall of 1991, part of our mission statement was to showcase the great cinematic works the way the filmmakers intended to screen their movies: on 35mm film on the big screen,” Cinefest said in its announcement. “With the industry going completely digital along with our projector setup, it has become increasingly difficult to get access to 35mm prints.”

Cost is a point Evangelista, who is also a GSU student majoring in economics and philosophy, will argue. He says the change is about the ability to train students to work the projector. He showed off the projection room with the giant spool spinning in one corner, feeding long black tape into the whirring machine on the other side of the room. Evangelista said he’s not sure what the university will do with the projector once its whirring stops for good.

“It’s cheaper if we train people to handle digital,” he said. “This is my background. I’m a projectionist. It’s cost effective and easier to play DVDs.” 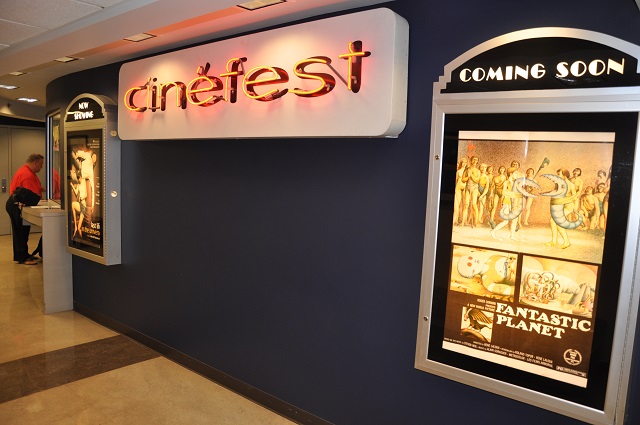 Patrons grab tickets before a show at the Cinefest Film Theater at Georgia State University. Photo by: Dan Whisenhunt

The film offerings of late – “Goodbye Dragon Inn” and “Last Life in the Universe” – have been not-so-subtle nods to the departure of the 35mm projector.

George Alonso and Alvin Albritton stopped by the theater on April 11 to catch “Last Life in the Universe.” The two film buffs said there are some advantages of 35 mm, but also think there are advantages to showing films in a digital format.

“I prefer the quality of the image, but I think the sound is better with digital,” Albritton said.

Alonso said there is something that just feels right about seeing a movie in 35mm, though.

“You do get the feeling that this is how it’s supposed to be,” he said. 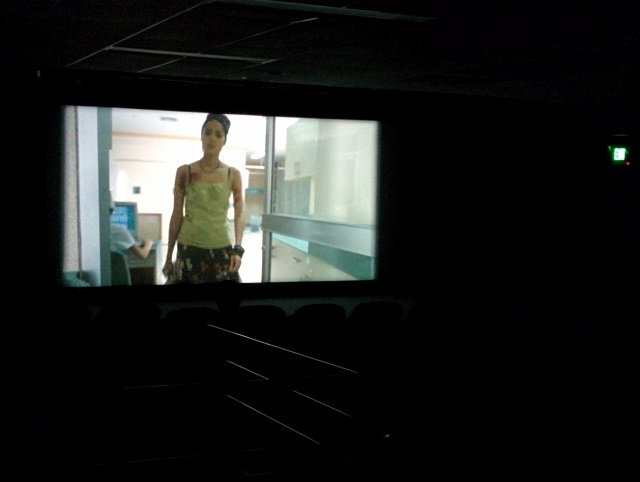 A scene from Last Life in the Universe, now showing at the Cinefest Film Theater at Georgia State University. Photo by: Dan Whisenhunt

Evangelista saw his first movie at Cinefest, a film about the Beatles called “Backbeat”, in 1994. His love affair with the medium continued from there. His eyes lit up when he recalled the first time he got the chance to show any movie he wanted. He chose “Streets of Fire”, a cult classic starring Diane Lane and Michael Pare.

Not everyone professes the same faith in the quality of film as he does. Digital offers quicker frame rates, for one.

But for Evangelista, there’s really no comparison.

“I’ve always preferred the quality of 35mm,” he said. “For me, it’s night and day. Digital is too sharp. It’s so sharp that I can’t comprehend it. It’s a shame that this medium is going down.”

It’ll go out in a blaze of glory, Evangelista said. He rubbed his hands together as he talked about the upcoming cinema feast, featuring a rare print of “E.T.”, the “Texas Chainsaw Massacre”, an Italian Zombie movie called “Demons”, and a Clive Barker double feature.

When the final credits roll and the projector retires, so will Evangelista. He wants no part of the digital age. His only regret, he said, was not being able to see “Indiana Jones and the Temple of Doom” in his favorite format. He could never find a copy.

How will he get his 35mm fix once the projector is gone?

“That’s a good question,” Evangelista said. “I have no idea.” 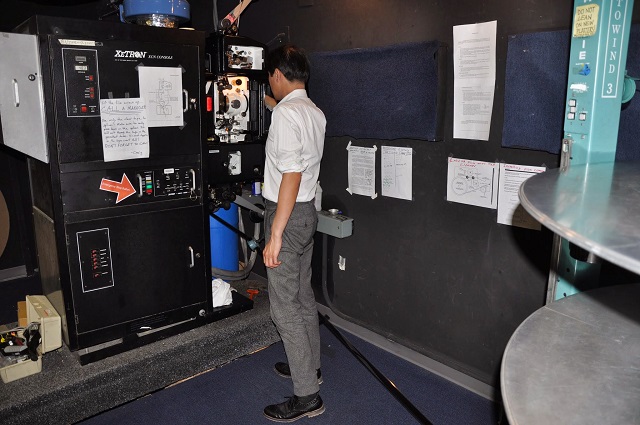