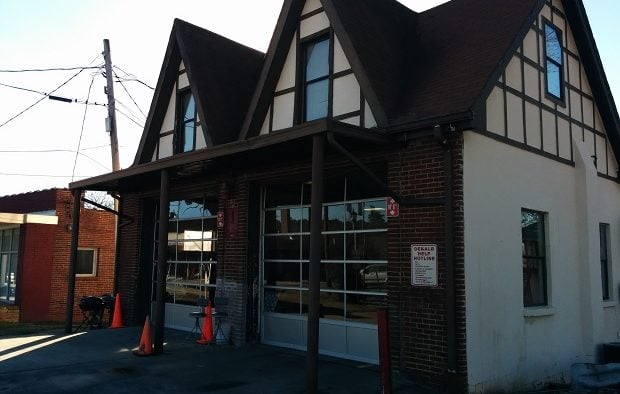 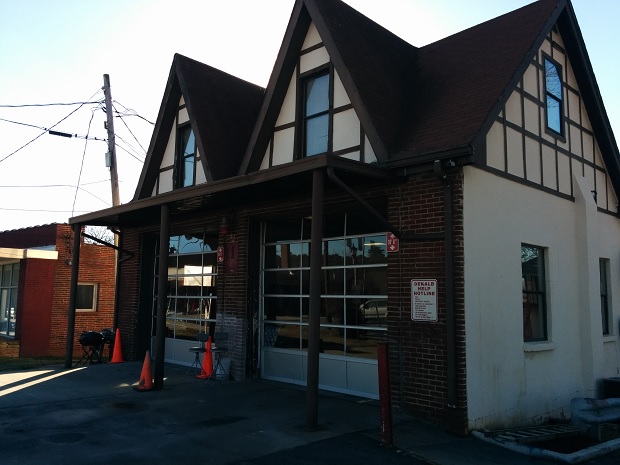 Fire Station in No. 3 in Avondale Estates. Photo by: Dan Whisenhunt

The crew of Fire Station No. 3 in Avondale Estates began moving out on Monday, March 31, ahead of a project to completely rebuild the station.

Avondale Estates Mayor Ed Rieker said on March 31 he saw the crews moving out of the fire station into temporary space. The fire station is on Clarendon Avenue, right near the heart of the city’s downtown. For years, there have been plans to rebuild it on the drawing board.

DeKalb County Commissioners approved awarding the construction contract in January, a $2 million project that will be mostly paid for with federal money. As of March 19 that contract hadn’t been executed. But DeKalb County spokesman Burke Brennan said this week that the contract has been executed and the rebuild is moving forward.

“We are proceeding with everything that needs to be done to rebuild Station No. 3,” Brennan said.

Rieker had promised to bring additional pressure DeKalb County continued to hold up the contract. During his recent State of the City Speech, he drew a round of applause when he said, “We are getting a new fire station.”

Rieker said on April 1 that he is, “Very excited to see the progress that is being made in getting a new home built for the Station No. 3 fire fighters.”

“We are looking forward to seeing the old buildings torn down and replaced with the new fire station,” Rieker said. “I personally want to thank Chief (Darnell) Fullum for keeping the city informed of the progress of the new station and for providing continued great service to our citizens.”

Fire station No. 3 was built in the 1940s and is outdated. There’s only one shower in the garage for both male and female firefighters and some of the storage shed isn’t safe enough for the firefighters to use. The exterior of the building is rough around the edges, with chunks missing from the roof and beams sticking out. While the station is located in Avondale Estates, 80 percent of the fire station’s territory is unincorporated DeKalb County.