All About Developmental Disabilities created a social games league for young adults, connecting people with developmental disabilities to those without, in the 20 – 30 age range. Photo courtesy of AADD.
Share 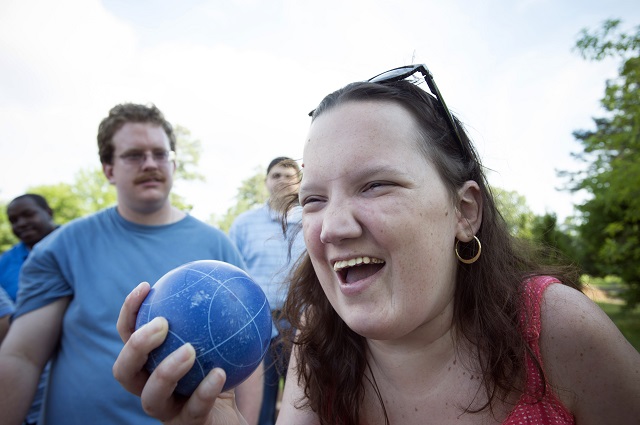 All About Developmental Disabilities created a social games league for young adults, connecting people with developmental disabilities to those without, in the 20 – 30 age range. Photo courtesy of AADD.

A Decatur nonprofit says that it has received a $2.5 million gift from the Chairman of Cox Enterprises, owner of the Atlanta Journal Constitution.

According to a press release from the nonprofit All About Developmental Disabilities, Jim Kennedy, chairman of Cox Enterprises, created the Sarah Kenan Kennedy Endowment Fund in honor of his wife’s volunteer efforts with AADD.

It is the largest gift the nonprofit has received to date. AADD is a resource for families who have loved ones with developmental disabilities.

“The endowment will fund in perpetuity programs at AADD for those individuals and families that do not have the financial resources to access services provided by AADD,” the press release says.

AADD says the endowment will pay for two full time positions in 2015 and allow the organization to help more than 500 families.

“The work that All About Developmental Disabilities does is so important and we are excited that our endowment has already been put to work,” Sarah Kennedy said in the press release. “This fund will offer long-term support for people with developmental disabilities who often lack the financial resources to live and function independently in the community.”