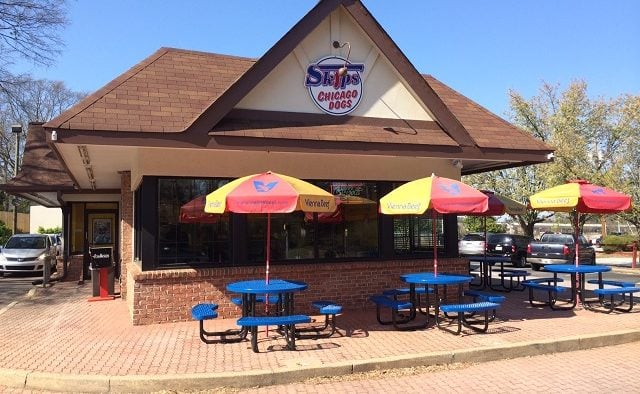 Skip's Chicago Dogs in Avondale Estates is one of the city's oldest businesses. Photo by: Ralph Ellis
Share 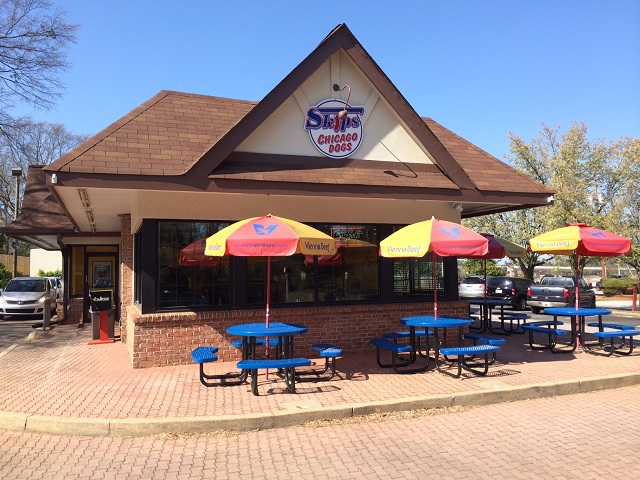 Skip’s Chicago Dogs in Avondale Estates is one of the city’s oldest businesses. Photo by: Ralph Ellis

Leo Shababy Jr., owner of Skip’s Chicago Dogs, has become a hot dog profiler since opening his Avondale Estates store in 1980. He can figure out where a person comes from by what they put on a dog.

Sauerkraut and mustard means the customers come from New York and New Jersey. People who order slaw and chili usually hail from Alabama and Mississippi, maybe the Carolinas.

And Georgians, well, sometimes “they’ll pile the chili on it and eat it with a fork,” he said.

Ketchup is not advised. If that’s what the customer wants, that’s their business, Shababy said, but he wouldn’t do it himself because of childhood conditioning.

“If you want to live and walk on the streets of Chicago,” he said, “you don’t put ketchup on a hotdog.”

For 34 years, Shababy has served all kinds of hot dogs at his restaurant. Skip’s sells hamburgers and a few other sandwiches, too.

There’s nothing fancy about the place. Photos of Chicago and its sports teams, plus pennants of local colleges, decorate the walls.

As a gentle reminder, advertising placards of a book about Chicago dogs sit on the tables. The title: “Never Put Ketchup on a Hot Dog.” 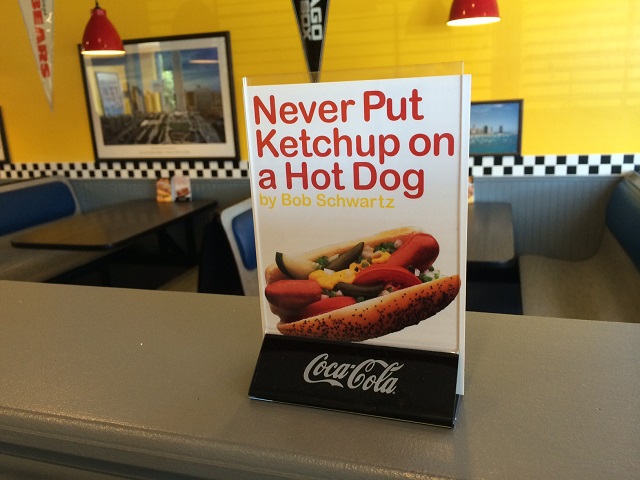 Advertising placard for a book about Chicago hot dogs. Photo by: Ralph Ellis

Shababy, 60, grew up in Chicago and moved to Atlanta when he married a local girl, Monica. Her father George Najour founded George’s Deli in Virginia-Highland, now called George’s Restaurant and Bar.

Shababy’s father gave him the idea to open a hot dog place.

“I said fine, if that doesn’t work out I can go back to construction,” Shababy said.

He bought a former Dairy Queen building on the main drag in Avondale Estates. The 650-square-foot building was so old it had a water fountain on the side with a “colored only” sign, he said.

Shababy got rid of that and expanded the building, which is now about 2,000 square feet with a slightly Tudor look that fits into the downtown Avondale motif.

Skip’s (Shababy’s nickname to differentiate him from his dad) was a success from the first day of business, Jan. 2, 1980. At one time there were about half a dozen Skip’s locations around Atlanta, but he’s scaled back to the original site. He also owns Skip’s Catering, which operates out of a building in back and accounts for about half the business.

Skip’s is one of Avondale Estates longest running businesses and Shababy thinks he knows why it’s been successful.

It’s a family operation. All three of his sons have been involved in the restaurant, with Jordan and Gabe now working there. Many employees have worked with Shababy for years.

He found a good partner in Jesus Velez, who saw a help wanted sign, walked in, and declared himself the new employee. They’ve been together more than three decades; Velez’s son worked in the restaurant, too. You’ll find Velez running the show behind the counter most days.

“I love him like a brother,” Velez said. When asked what’s kept them together, he answers, “Grace.”

Religion is a key element in Skip’s success, which is evident from the Bible verses on the wall of the office.

“We look at God as the owner of Skip’s,” Shababy said. “We do prayer in the morning, almost every morning. We don’t come here to serve our own egos and serve ourselves.”

You won’t see Shababy at the restaurant as much as before. He’s semi-retiring.

“I’m easing up,” he said. “I have other obligations I’m involved in. After 35 years I’m stepping back and looking in.”

But hot dog lovers should not fear. He has no thoughts of shutting down the business. After all, Velez’s and his son’s futures are tied up in the continued success of Skip’s Chicago Dogs. 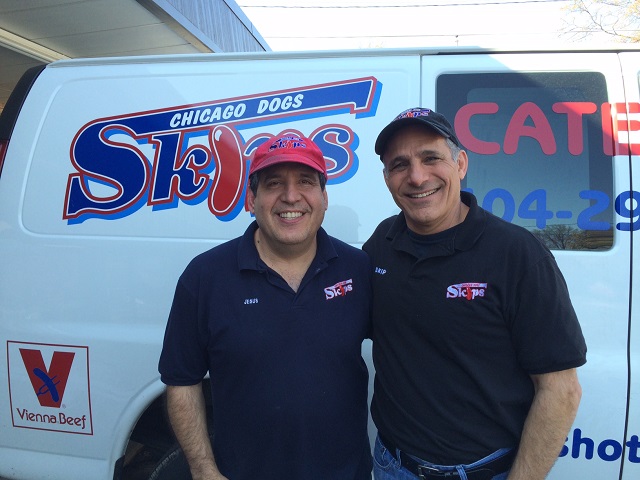