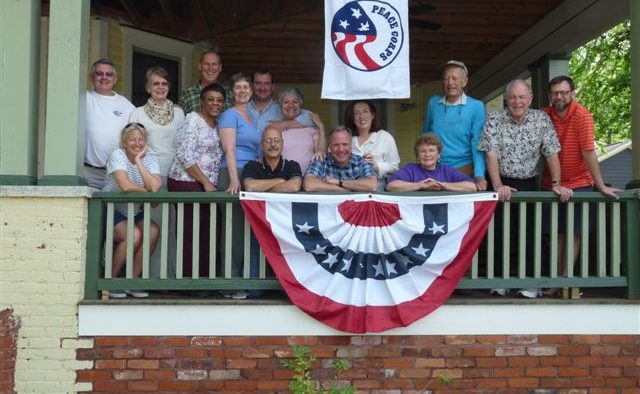 Members of a group of Peace Corps volunteers gathered at Doug Wood's home in Kirkwood for their 21st reunion. Photo provided to Decaturish.
Share 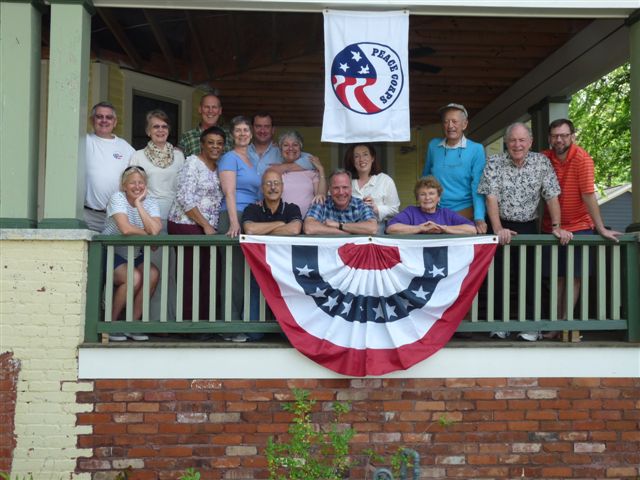 Members of a group of Peace Corps volunteers gathered at Doug Wood’s home in Kirkwood for their 21st reunion. Photo provided to Decaturish.

There was something special about those Peace Corps volunteers who trained in Atlanta more than 20 years ago, members of the group said.

It was a unique mission carried out by a diverse, eclectic crew of men and women. The volunteers weren’t a coterie of idealistic 18-year-olds. Many of them were much older and accomplished in their respective fields.

Peace Corps sent them to the newly-formed Czech and Slovak Republics, which split from Czechoslovakia in 1993, an amicable dissolution known as “The Velvet Divorce.” The 30 volunteers traveled to the two countries – 15 in each one – in 1994 with the mission of aiding in the transition from communism into a free-market economy.

They’ve all remained in touch since that time and on the weekend of April 27 held their 21st reunion. Of the original group, 15 made the trip to Atlanta. The reunion ended on Sunday with the former volunteers having brunch on the porch of Doug Wood’s Kirkwood home.

“The group ranged in age from 26 to 72 (and were) from all parts of the country with a wide variety of experiences,” Wood said.

Wood’s focus was entrepreneurship. He had just finished getting his degree in public administration.  Henry Siegel said he became interested in the Peace Corps at age 52 after reading a Time magazine article about older people joining the ranks of the Peace Corps. He and his wife had always wanted to live in another country and learn another language. They sold their home and possessions before departing the U.S., he said.

“It was a public relations effort at some levels,” he said.

Brian Santa Barabara, a member of the group who now lives in Atlanta’s Morningside neighborhood, said the volunteers helped the two nations transition from a “command economy to a demand economy.”

“They had a true thirst for learning about what was possible,” Santa Barbara said.

Santa Barbara met his wife, Michaela, while living in the Czech Republic. Michaela said she grew up with a conflicted view of the West. Much of what she knew came to her in the form of communist propaganda. She recalls learning in school about how capitalists exploited workers and generally “how awful it was.”

“Yet at the same time, three or four classmates a year would defect to that awful place,” she said.

Sometimes they’d return bringing wonderful things along with them like chocolates, Coca Cola and Disney movies.

“So as a kid, you say, ‘It doesn’t sound that bad,'” Michaela Santa Barbara said.

Siegel said only one member of the group has passed on. They had planned to reunite in Cypress last year for their 20th anniversary, but economic turmoil in that country put the trip on hold.

The oldest member still alive is Jack Hess, 93, who had founded a chemical distribution company in Rhode Island. He sat on Wood’s porch railing, using his cane for emphasis while he talked.

“I always wanted to join the Peace Corps,” he said. “I didn’t get a chance until I was 72. This group, every one of them, has expanded so much in their thinking and the things that they do.”

Hess said the group learned “we liked each other” during their three months of Peace Corps training.

He helped the mayor of Pilsen in the Czech Republic set up what was essentially a business incubator program.

“It was the greatest thing I ever did,” Hess said. 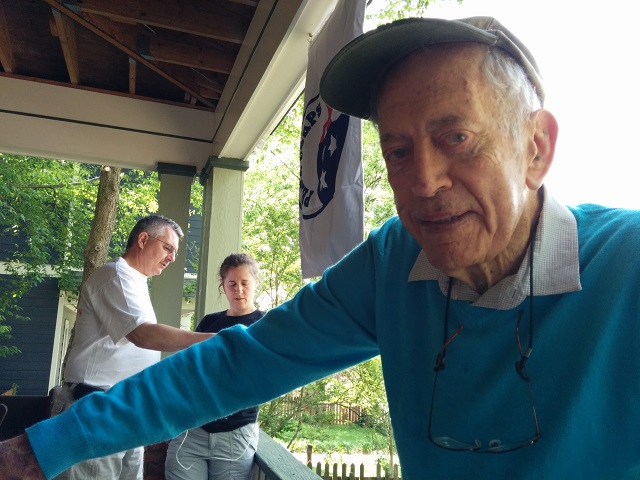