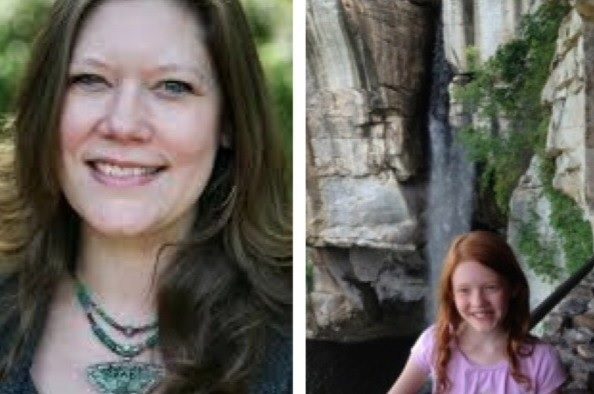 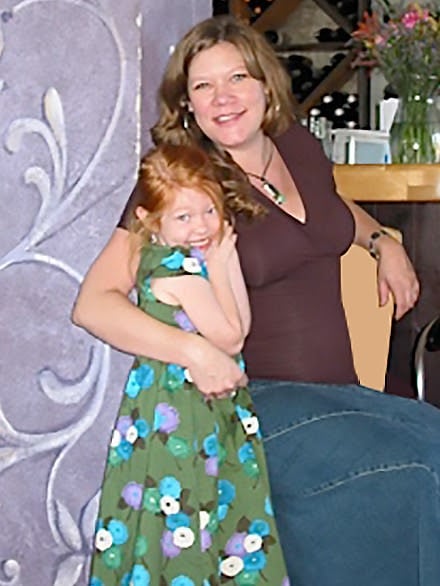 Tami and Jess Willadsen. Photo courtesy of the city of Avonadale Estates

Services for Tami and Jess Willadsen will be held Thursday, April 17 with a visitation set for Wednesday April 16.

According to the obituary released by the city of Avondale Estates, “Services will be held at Avondale Estates First Baptist Church, 47 Covington Road on Thursday, April 17, 2014 at 11 am. Visitation will be held from 5 pm until 8 pm on Wednesday April 16th at A.S. Turner & Sons funeral home, 2773 North Decatur Road. In lieu of flowers, the family requests that donations be made in Tami and Jess’s names to the Museum School of Avondale Estates or The Nature Conservancy in Georgia.

The mother and daughter died in an April 12 house fire. Jack Willadsen was severely burned in the fire and his father, Dave, received minor injuries.

Here is the obituary distributed by the city of Avondale Estates:

Tami Willadsen and her daughter, Jess Willadsen passed from this life together on Saturday, April 12, 2014. Services will be held at Avondale Estates First Baptist Church, 47 Covington Road on Thursday, April 17, 2014 at 11 a.m. Visitation will be held from 5 p.m. until 8 p.m. on Wednesday April 16th at A.S. Turner & Sons funeral home, 2773 North Decatur Road. In lieu of flowers, the family requests that donations be made in Tami and Jess’s names to the Museum School of Avondale Estates or The Nature Conservancy in Georgia.

Jess was born Jess Seda Willadsen on September 28, 2003. She was “as bright as a penny,” an intelligent, beautiful and thoughtful girl. She loved her brother Jack, and was everything for him that a big sister should be. Jess attended the Museum School in Avondale Estates, where she excelled. She enjoyed learning to play piano, was a voracious reader, and loved squirrels. Last year, she successfully petitioned the Avondale Estates City Council for a “Squirrel Crossing” caution sign, which was proudly posted outside the Willadsen home on Exeter Drive. Her potential was limitless, her loss is unbearable, and she will be terribly missed.

Tami was born Tamara Kay Eifrid on December 5, 1970. As a young girl, Tami learned the value of family and work by helping out at the family business, Intown Hardware. She graduated from Druid Hills High School in Atlanta, and earned her bachelors degree from Georgia State University at night while working a full time job.

In 1990, Tami fell in love with Dave Willadsen, a dashing young man who lived in the apartment above hers. Tami accepted Dave’s proposal of marriage at the Statue of Liberty in New York in the fall of 1994. They married on October 7, 1995, just two days after Hurricane Opal swept through Atlanta, in a one-room, converted stone church on Degress Avenue, in Inman Park. Even when the newlyweds’ honeymoon was cut short by a second hurricane, they were undeterred in beginning their happy, amazing life together. They grew their home to four, with the birth of Jess in 2003 and Jack in 2008, as well their careers, supporting and encouraging each other and countless family and friends. While every couple has its challenges, Tami and Dave were an example of a true partnership and true love. Anyone who met them could see how in love they were with each other, with their children, and with their wonderful life that they built together.

Only Tami’s devotion to her family and friends exceeded her devotion to the environment and her community. Last fall, she was thrilled to be named Director of Philanthropy for the Nature Conservancy in Georgia, where she had been working for nearly 15 years fundraising for conservation projects in Georgia and around the world. Tami delighted in getting out into the field, and toured several Nature Conservancy projects in Georgia and had the amazing opportunity to travel to Africa to see the work being done there. In her “spare” time, Tami also served as chairwoman of the board of EarthShare of Georgia and was the founding president of The Museum School Foundation, where she chaired the current capital fund raising campaign. She was also active in both the Decatur and Avondale Estates neighborhoods where the family lived. There is simply no way to sum up the life of such a beautiful, vibrant, confident, giving, loving person like Tami. The void left by her passing can never be filled.