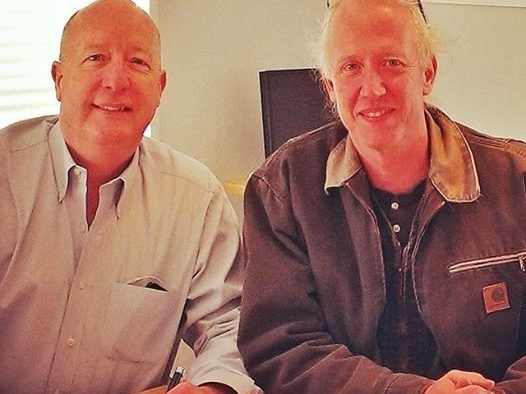 The city of Avondale Estates announced April 28 that the Watts Whiskey Distillery will open at Tudor Square, which is a building owned by Mayor Ed Rieker.

The city sent out the announcement in its weekly newsletter, including a picture of Rieker and owner Tim Watts signing some paperwork related to the deal. The newsletter does not mention that Rieker owns the building at 119 Center Street behind the city’s Tudor Village, but it had been discussed during Avondale Estates City Commission meetings.

The mayor did not return messages April 28 seeking comment. Attempts to reach Watts were unsuccessful. 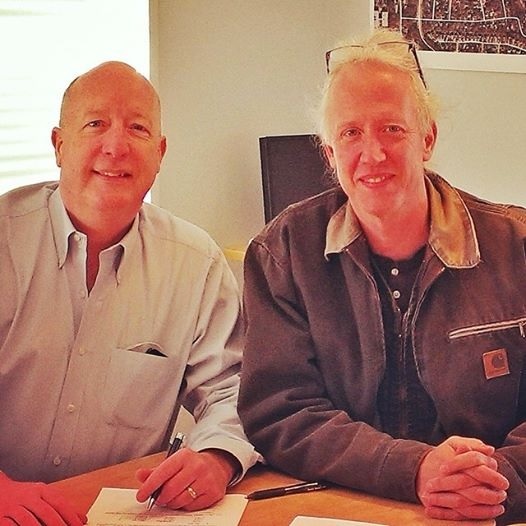 The photo is dated April 16.

Because Rieker owns the property, he had to recuse himself during a Jan. 27 meeting when City Commissioners voted to amend the city’s code to allow for distilleries and artisan food production.

During the Jan. 27 meeting, Rieker left the dais to go sit in the audience to watch as commissioners voted to approve the code changes. At the time, the lease had not been signed but Rieker said he might be doing business with the distillery.

“I don’t have an economic interest in it right now,” Rieker explained during the meeting. “I don’t have leases signed right now.”

The April 28 city of Avondale Estates newsletter says, “Watts Whiskey will be hand-producing artisanal Bourbon and Rye whiskeys. Using combinations of regionally sourced non-GMO heirloom corn and rye, along with other grains such as wheat and millet, the distillery will be joining the growing wave of small independent distillers that will be challenging the status quo in distilled spirits, much as the craft beer movement has swept across the country. Mr. Watts hopes to begin production by the end of summer, with the first products coming to market in 2015.”

The Tudor Square website says the distillery will open in 2014.

“The distillery will offer tours and sampling events to guests at Tudor Square, drawing visitors from near and far,” the website says.

It’s not the only tenant that will be in the Tudor Square building. Garage Door Studio recently announced it would be renting space there to form an arts cooperative. The Tudor Square website also is advertising for rent a 2,300 square foot restaurant space and a 3,600 square foot event space.