A chart contained in a report recently released by the Atlanta Police Foundation.
Share 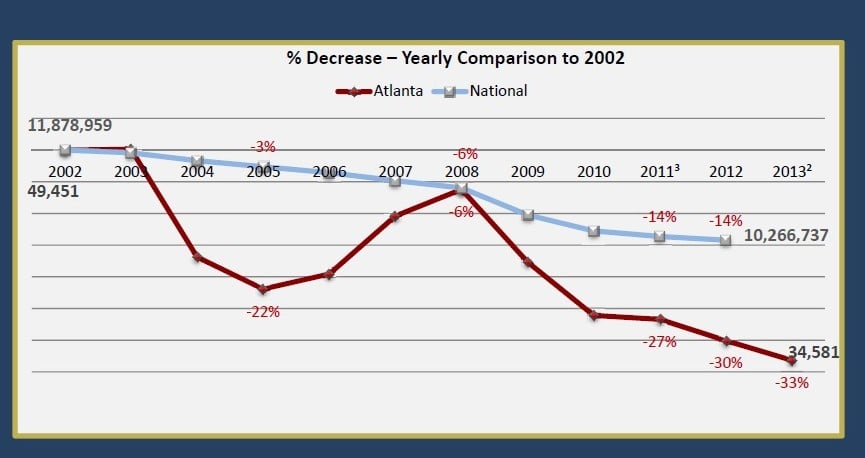 A chart contained in a report recently released by the Atlanta Police Foundation.

Crime grabs headlines, but that doesn’t always mean crime is on the rise.

In Atlanta, crime continues to decline at a pace that’s faster than the national average, according to a recent report produced by the Atlanta Police Foundation.

The report on 2013 crime statistics found that crimes reported in Atlanta have dropped by 33 percent since 2002. Nationally, crime dropped by 14 percent over that same period.

“I will certainly agree that overall crime has taken a significant decrease when you compare to the history of what we’ve been dealing with for the last decade or so,” Peek said. “We’re certainly at a lower crime rate than we’ve ever been.”

“We have started out 2014 on an outstanding level thus far,” Peek said. “It doesn’t mean that there isn’t any crime in Zone 6 but we are significantly lower on the robberies. Right now we’ve had a decrease in every crime category, period.”

The Police Foundation report found that there were 12 violent crimes per 100,000 residents in 2013. Aggravated assaults accounted for 53.7 percent of those crimes. Robberies accounted for 42.8 percent the report says.

Here are additional charts contained in the report: 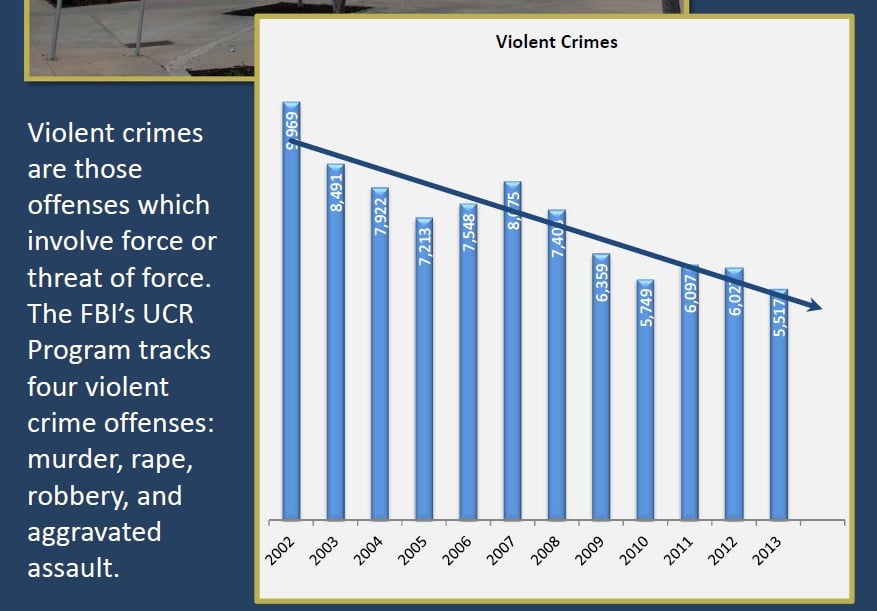 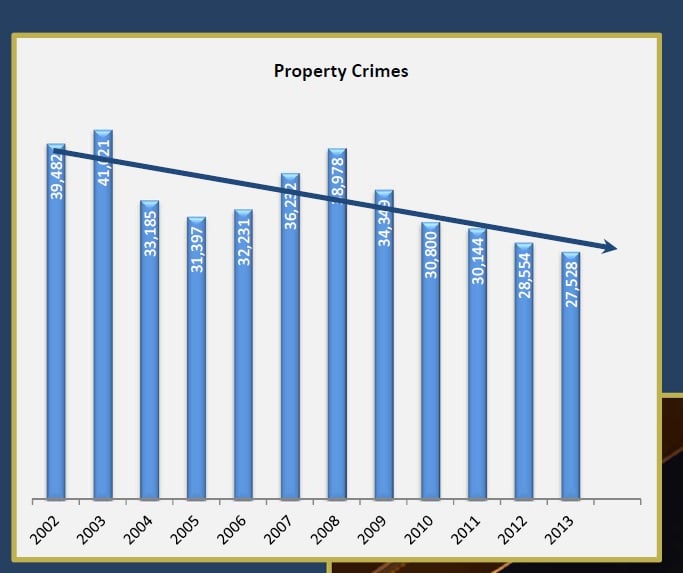