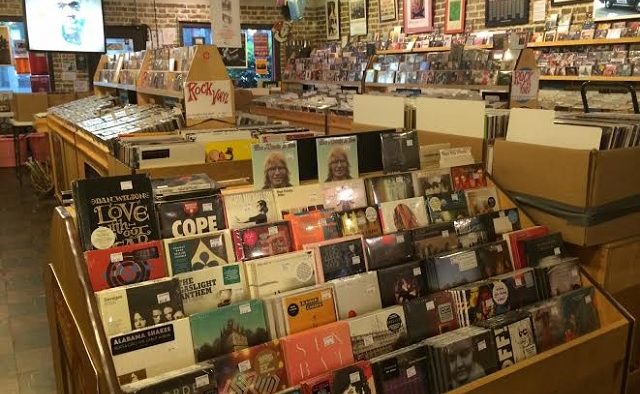 The interior of Decatur CD. Photo by: Ralph Ellis
Share 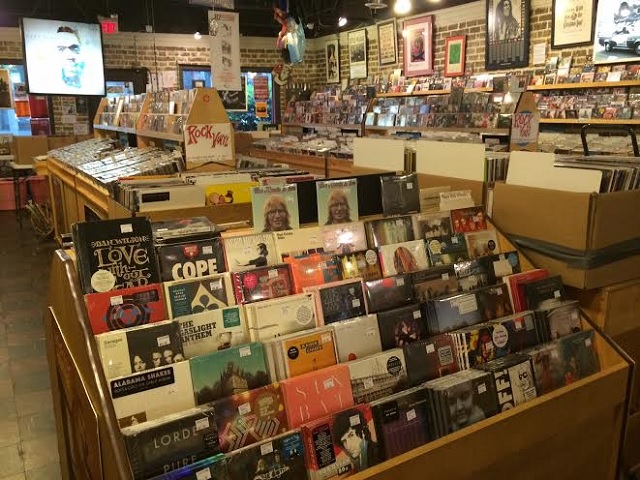 The interior of Decatur CD. Photo by: Ralph Ellis

Record stores hold a warm spot in the heart of music lovers, but they’re under threat of extinction because of downloads and online shopping at sites like Amazon.

Decatur CD will donate a percentage of sales to Dave Willadsen, whose wife and daughter were killed in a house fire in Avondale Estates. His 5-year-old son is in the Grady burn unit.

“Dave’s a friend of a friend, and this tragedy has touched so many people in our community,” the store email newsletter says.

The store will provide a keg of SweetWater beer, courtesy of The Marlay, and anybody who takes a Decatur CD receipt to the nearby restaurant will get a 10 percent discount on their bill.

Owner Warren Hudson said Record Store Day two years ago was his best sales day ever, and last year’s was a close second.

He’s been in business 11 years. Hudson stocks a lot of vinyl now, but he still sells more CDs.

“I know there are stores proclaiming the CD to be dead,” he said. “It’s not dead yet.”

Last year the El Caminos rocked out on the roof of Decatur CD, but there won’t be any live music this year, inside or outside the store, Hudson said. He wasn’t sure if he’d have any discounts this year.

Sunbrimmer Records in Avondale Estates is the new kid in town, having opened about a month ago. It’s almost all vinyl.

Owner Mike Tyson, who used to work at Wuxtry Records in Athens, will sell a handful of his personal stash of CDs but probably won’t restock when they sell out.

He loves everything about vinyl.

He talked at length about why he opened the store in a good interview in the most recent Creative Loafing.

Sunbrimmer will offer $2 off new vinyl and used CDs during Record Store Day. It will be open 11 a.m. to 7 p.m. but may extend hours if folks are still looking.

The granddaddy of local record stores is Wuxtry at 2096 N Decatur Road, in the shopping center at the intersection of Clairmont and North Decatur roads.

It’s been in business in the same spot since 1978, said Mike Methe. Wuxtry is a sister store to the Athens Wuxtry, which opened two years earlier.

Record Store Day is not a national holiday at Wuxtry.

“On Record Store Day we see 25 people we’ve never seen before and will never see again,” Methe said. “And the regulars.”

Probably the biggest Record Store Celebration in the Atlanta area will take place at Criminal Records in Little Five Points. Bands are scheduled to perform on the hour from noon until 8 p.m. Expect a big crowd.

Stores participating in Record Store Day promise not to gouge customers or hold back product for online sales. They promise to sell special Record Store Day releases but the store managers who talked to Decaturish said they weren’t sure those records would arrive in time.