Sunday Morning Meditation – A discussion worth having

Sunday Morning Meditation – A discussion worth having 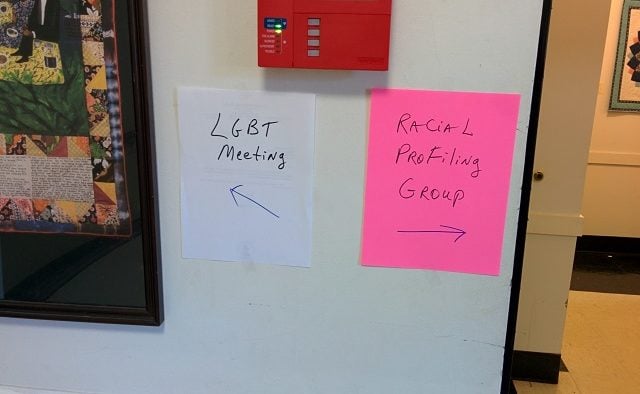 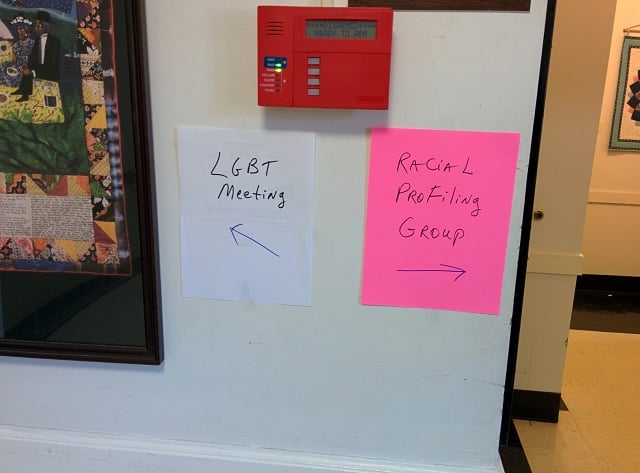 I sat in a room at Oakhurst Presbyterian last Sunday, and listened while black men talked about their interactions with Decatur Police.

The discussion was about Decatur, but it could’ve been about any place in America.  But I don’t know of many places in the South where 70 people – a mix of black and white – would gather on a Sunday to talk about racial profiling by police officers.

Decatur continues to provide a variety of unique cultural experiences for a white guy from Alabama.

How does it feel when someone is more skeptical of you because of the color of your skin? I tried to imagine what it must be like to live with such scrutiny. I simply couldn’t. I will never be able to. It’s a pain that only those who live with it can truly understand.

That makes my job as a reporter difficult. As a reporter, you always try to consider all points of view. But it’s hard to do that when someone’s point of view is based on a lifetime of experiences that will never apply to you. Your job as a reporter is to be a referee. When you’re a white reporter writing about race, you’re a referee with a handicap.

I will make a good faith effort to understand, because it’s an important discussion, not just for this community but for every community.

As I listened to the experiences of the men who spoke Sunday, a few things occurred to me.

–          The men who have been talking about this issue, like Mr. Don Denard, tended to be older and established members of the community. I wondered if we’d be having the same conversation if we were talking about a young black man wearing saggy pants or a hoodie. Stereotyping involves more than skin color.

–          In general, racial profiling is a problem not just from a moral perspective, but from a policing perspective. If officers are looking at people closely because of prejudices and not facts, that means less time spent catching people who are actually committing crimes.

–          The only investigation of this incident was conducted by the Decatur Police Department. While I enjoy working with the police department and have a deep respect for what they do, a departmental report isn’t adequate. No one took New Jersey Gov. Chris Christie seriously when his attorneys released a report investigating whether their boss deliberately closed a toll bridge in an act of political retribution. It’s not surprising that Christie’s team found no evidence of wrongdoing. For an investigation to have any credibility there should be a third-party review of the facts. That review should include all of the allegations presented at Sunday’s meeting. I have heard no one propose that, including the organizers of that meeting.

–          At some level, this strikes me as a problem of officers being unfamiliar with their community. Why is that? How many of our officers live in Decatur, or could afford to on a police officer’s salary? The ongoing debate over providing affordable housing options in Decatur has all kinds of implications including how close our public servants are to the communities they serve.

–          The audience on Sunday included many white residents who want to help. Even white people who have black friends and family can still be oblivious to institutional inequality that exists in our society. Correcting inequality takes a conscious effort, not only to correct it but to acknowledge that it exists and your own prejudices may be blinding you to it.

–          If this discussion is going to move forward, it can’t be hijacked by people who are more concerned with promoting themselves and their agendas than promoting equality. There are bullies on both sides of this issue. Most of them are cowards who hide behind screen names. Acknowledging anonymous trolls gives their perspective legitimacy. Anyone who would hide behind a screen name to make wild accusations doesn’t have much to contribute. It might also turn off some otherwise well-meaning people who want to be a part of the solution. All the census data indicate that Decatur has a highly educated population. If the census takers had studied how the city’s residents interact online, I’m sure they would’ve reevaluated their conclusions.

I see the role of Decaturish as providing the facts that will allow meaningful discussions to happen. This is a discussion worth having.  I will work hard to make sure my own prejudices and biases aren’t getting in the way.

For what it’s worth, this discussion just wouldn’t be happening in Alabama and many other parts of the South. When someone raises a concern about discrimination in Alabama, they are usually dismissed as playing the race card. That doesn’t mean Decatur gets some kind of pass for being intelligent and diverse enough to talk about things like this.

Decatur is proud of its diversity. It’s one of the reasons people move here.

When I saw those two signs, it reminded me that there’s always room for improvement.