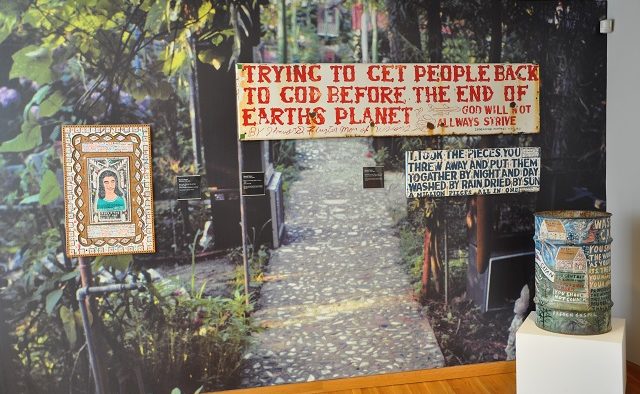 Work by Howard Finster on display at the High Museum of Art in Atlanta.
Share 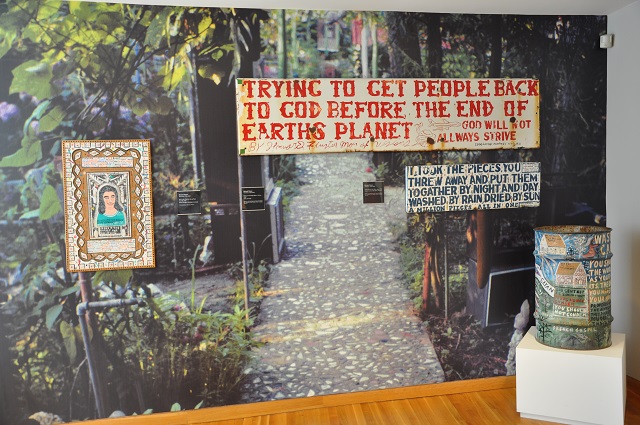 Work by Howard Finster on display at the High Museum of Art in Atlanta.

I found God on the MARTA platform Saturday, twice.

My cell phone died and I didn’t bring a book. I was forced to make eye contact with strangers. When someone wants to bring you to the Lord, eye contact is a giveaway that you won’t pretend you can’t see them.

Two friendly Christians smiled and handed me literature informing me that I was going to Hell. This wasn’t news to me, really. I’m a reporter. People tell me to go there enough that I assume I’ll head that way whether I want to go or not.

As I understand it based on the literature I received, I have very little control over the matter anyway. My only escape is swearing allegiance to a way of life lived by a guy I just met on a MARTA platform. Forgive me, but there’s going to be some skepticism on my part.

It’s OK to doubt, I think. Even the most pious have doubted. “Where is my faith?” Mother Teresa once wrote. “Even deep down… there is nothing but emptiness and darkness… If there be God — please forgive me.” And they want to make her a saint.

But I don’t totally discount the idea that there is a God and that he’s interested in what we’re up to. There’s so much that we don’t know and may never know about how we got here and why. I’d like to think that if he’s watching, he at least has a sense of humor.

If he doesn’t, the afterlife is going to be so awkward.

I always read the religious literature I receive.

The Jack Chick books are classic, and I’ve wondered if Jack Chick is even real. (His initials are J.C., a monogram for Jesus Christ, which is an old literary trope used to identify a Christ-like figure in a story.) 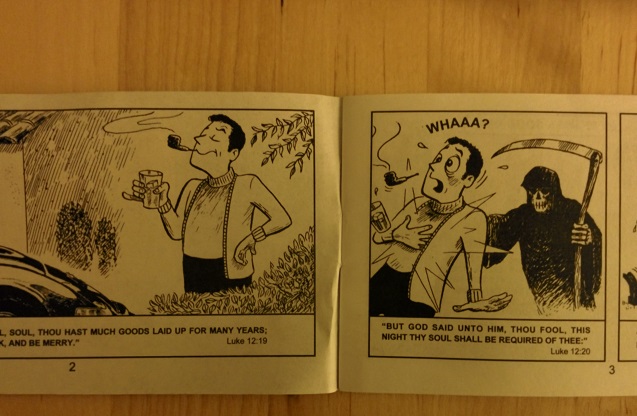 On Saturday, I received something I hadn’t seen before: The Good Person Test. It’s a business card with a color scheme that looks like a shot canary. 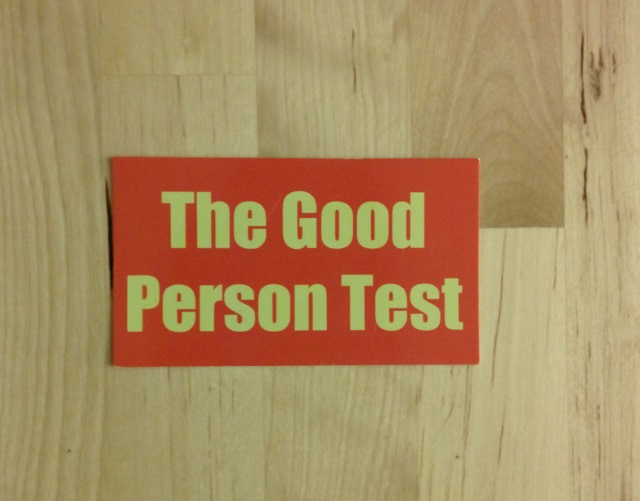 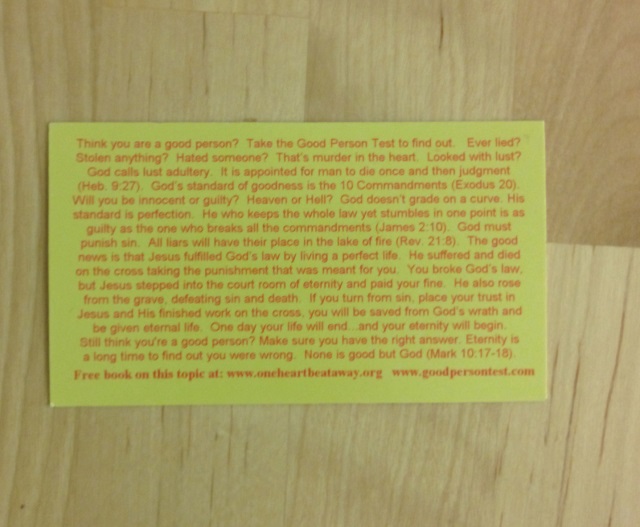 So far my favorite stuff has come from the Jehovah’s Witnesses. I’ve had more interactions with them lately now that I work from home. I admire their commitment to the idea that Jesus had 80s hair. 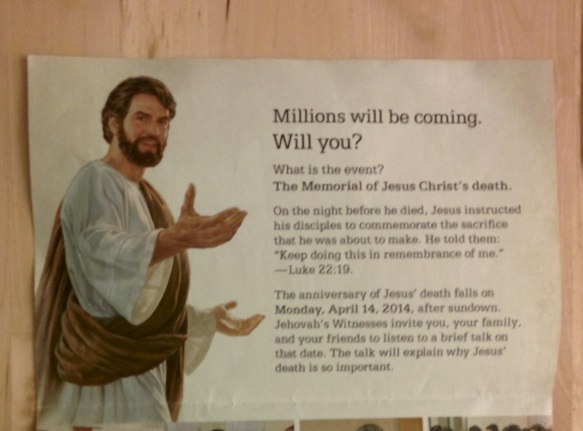 Proselytizing used to bother me. I’m still not a fan, but I’m much more accepting of its place in our world. Some people need the certainty about what happens after you die. I get that. I don’t find the same comfort in religion that they do, but I understand the desire to believe in something.

I live a life that’s full of belief, though my beliefs are decidedly worldlier. I believe in free speech and freedom of religion. I believe that journalism is important, because it reveals truths and levels playing fields. Many of my decisions and actions are based on these beliefs. I do my fair share of proselytizing, too.

I’m in no position to judge, really.

That also applies to art. When I was standing on that platform Saturday I had just left the High Museum of Art where I’d seen the work of Howard Finster. Finster is a folk artist known for juxtaposing Christian imagery with secular icons. He became famous by collaborating with bands like the Talking Heads and R.E.M.

The literature distributed by the pamphleteers tends to eschew the secular, but Finster didn’t have a problem using rock stars to achieve his goals.

Now people of all faiths willingly go to the High to see Finster’s work hanging on the walls while the people with the Jack Chick pamphlets wait on the MARTA platform for someone to make eye contact.

There’s a lesson in there somewhere.