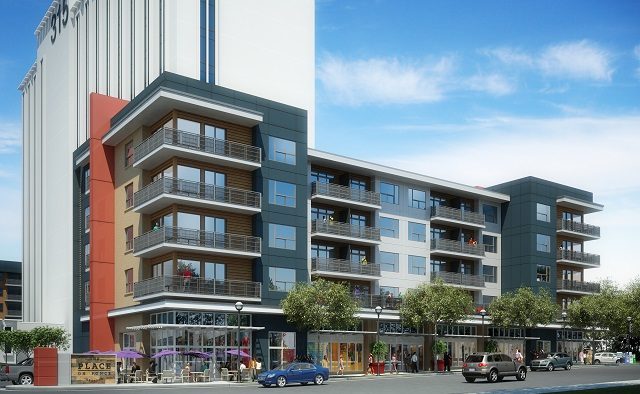 An artist's rendering of The Place on Ponce project at 315 W. Ponce in Decatur. Image provided by Carter USA.
Share 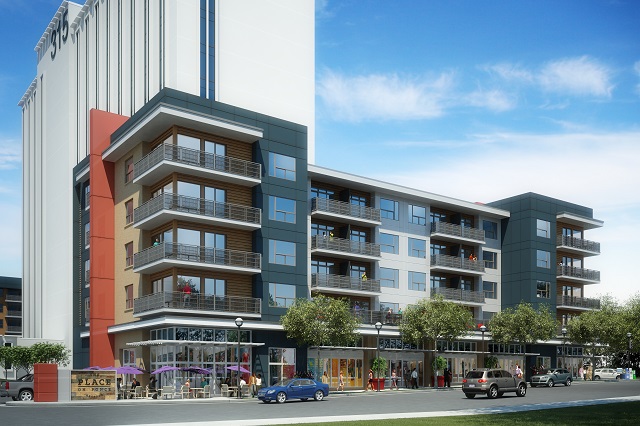 An artist’s rendering of The Place on Ponce project at 315 W. Ponce in Decatur. Image provided by Carter USA.

It will be a busy summer for developers working to bring apartments to Decatur.

The most visible – and for residents, disruptive – of the projects is the development at 315 W. Ponce. It has a name now: The Place on Ponce. It will have 10,000 square feet of retail at ground level. When all phases are completed there will be more than 200 units. Developer Carter USA plans to have 28 units available this fall.

Conor McNally, the company’s Chief Development Officer, said everything is on track.

“We’ve completed the parking deck so all of the office tenants and visitors are parking in the deck,” He said. “We’ve begun foundation work on the main part of the building on the back of the site on Montgomery Street. That’s all progressing well.”

McNally said the leasing process will begin this summer, most likely in July.

“Other than that it’s good,” he said. “We’ve had a good deal of interest.”

Last October, McNally said that the rents would start at $1,100 and go as high as $2,500. According to the website, The Place on Ponce will offer studio, one and two bedroom apartments. To see our previous story on apartment developments in Decatur, click here.

Another project that’s in the works is slated for the Trinity Triangle, and will involve demolishing the city’s beloved Dairy Queen, which closed in February. The empty building is still there. The Dairy Queen is expected to return when the apartments are developed. There will be more than 200 units in that project. The developer is Centro Development and Cypress Real Estate.

“The Trinity Triangle project is working its way through permitting,” she said via email. “We anticipate that it will be breaking ground in late June/early July.”

A reader had a question about the Place on Ponce development. “I would like to know more about the actual apartments. I am especially concerned with the previous building connecting to the new construction. How will this older building be ‘renewed?'”

“Once we launch the marketing campaign in the summer our web site will get updated with more detail about the apartments, including finishes and floor plans.”