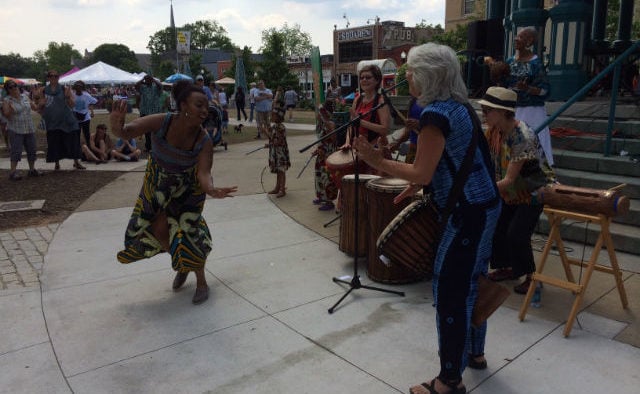 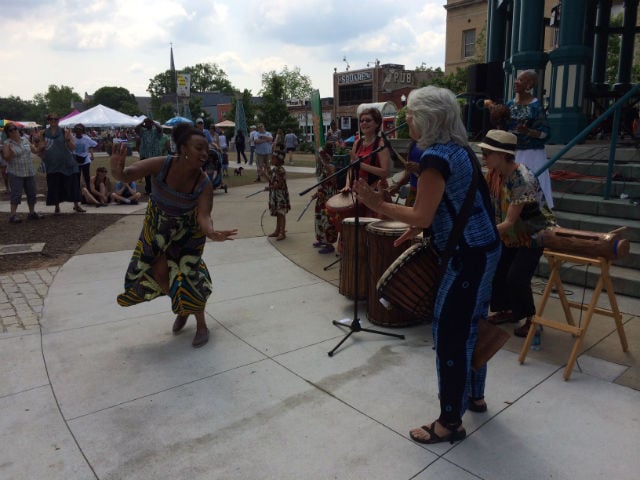 A dancer performs with Conundrums Saturday at the Decatur Arts Festival. Photo by Ralph Ellis

You know it’s summer when thousands of art-lovers and people-watchers pour into Decatur.

The Decatur Arts Festival has established itself a Memorial Day weekend tradition for metro Atlanta. About 160 artists will display their work Saturday and Sunday on and around the Court Square.

One of them is Kreg Yingst of Pensacola, Fla., who produces woodcuts and linocuts. He’s been coming to the Decatur festival for six years and this year is only selling stuff with a musical theme, such as stylized images of blues and rock musicians in the shape of 45 rpm records or concert posters.

Some of the big sellers are the Beatles, John Lennon and Johnny Cash, he said.

“I deal with a lot of dead musicians,” he said. “It’s a flashback feel.”

John Deveer of Hardwood Creations in Davis, Calif., makes games, accessories and small pieces of furniture out of different kinds of hardwood. This is his eighth year at the festival.

“I come specifically for this,” he said. “I flew in Friday and I’ll fly out Sunday.” 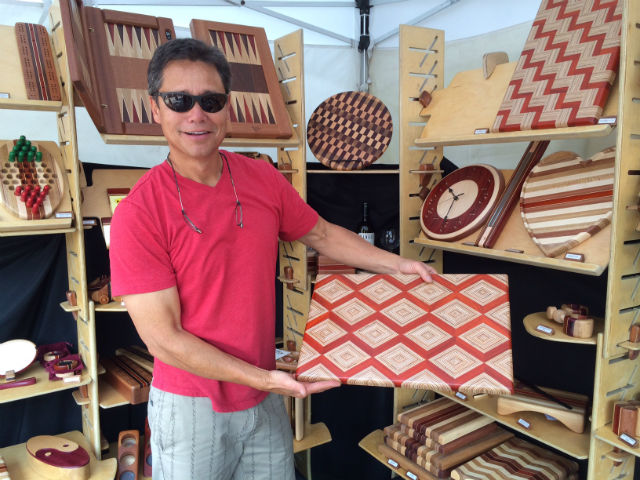 John Deveer with one of his hardwood creations. Photo by Ralph Ellis

The festival also includes a Fine Arts Exhibition at Agnes Scott College, a Kid’s Festival at the Decatur Recreation Center and performances by actors, comedians, musicians, storytellers and dancers.

On Saturday, the all-woman drumming group Conundrums opened the musical offerings at the Community Bandstand. Avondale Estates resident Kristian Bush, half of Grammy-winning Sugarland, was scheduled to take the stage at 4 p.m. He’s performing solo on his Put Your Soul In It tour with the duo Larkin Poe, which will also play Saturday in Decatur.

On Sunday, Randall Bramlett performs. He’s a Georgian with several solo albums and credits as a sideman to Steve Winwood, Gregg Allman and Bonnie Raitt. Aussie bluesman Geoff Achison closes out the musical portion of the festival at 4 p.m. Sunday.

The festival opened Friday night with an Arts Stroll through businesses that stayed open late for the occasion. The festival proper operates from 10 a.m. to 6 p.m. Saturday and 11 a.m. to 5 p.m. Sunday.

If you go, it would be a good idea to take MARTA to the Decatur Station. Biking is encouraged and a Bike Valet Service is offered. You can park in the DeKalb County deck at West Trinity Place for free.

Here are more scenes from the Decatur Arts Festival: 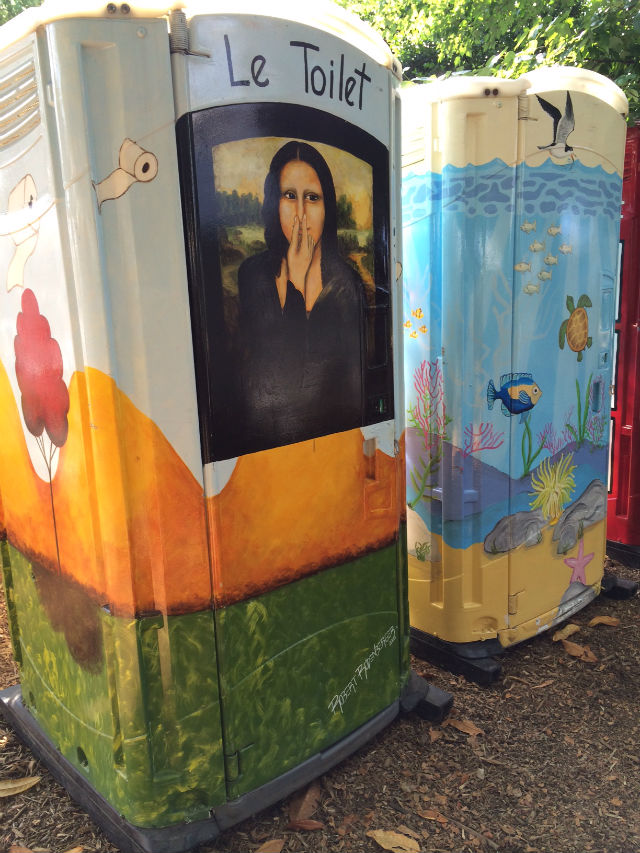 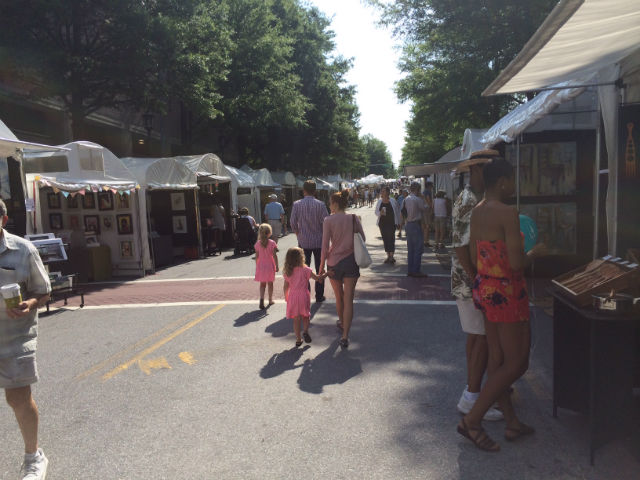 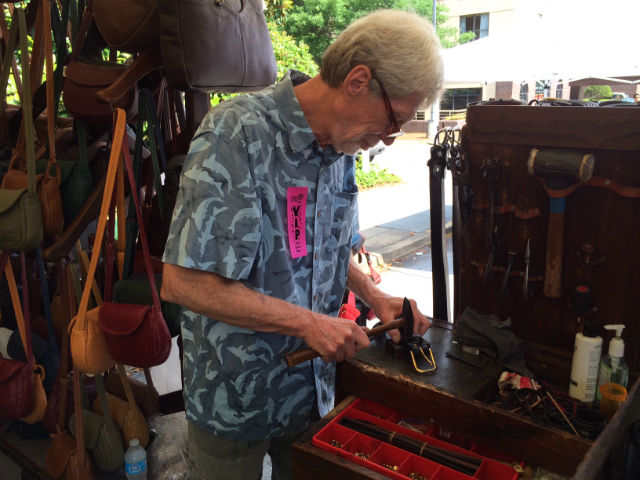 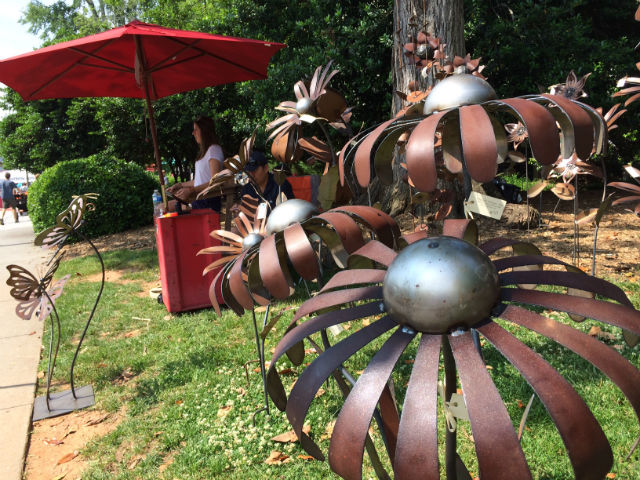