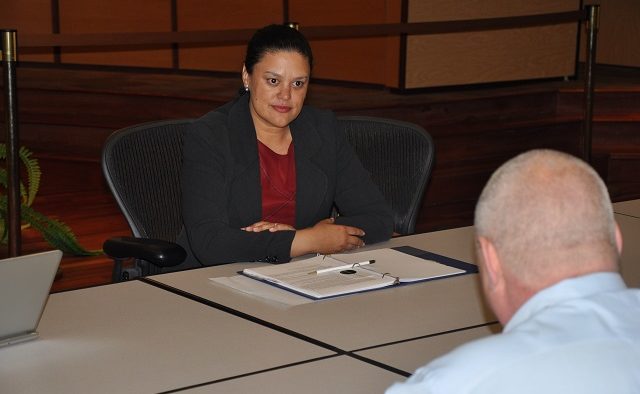 Meria Carstarphen speaks with reporters during a Q&A on May 13. Photo by Dan Whisenhunt
Share 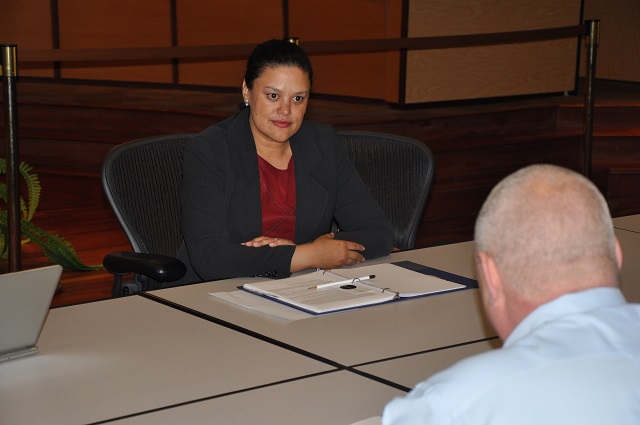 Meria Carstarphen speaks with reporters during a Q&A on May 13. Photo by Dan Whisenhunt

Meria Carstarphen, the new superintendent of Atlanta Public Schools, met the press on Tuesday, May 13.

Carstarphen, who APS hired away from the Austin Independent School District, walked into her meeting with local journalists wearing ear-buds. She was wrapping up an interview with Creative Loafing, one of many on her schedule. At APS central office, representatives from several media organizations – including Decaturish – got the chance to ask her questions about her plans for APS.

Here is the audio of her Q&A with reporters:

At a recent Kirkwood Neighbors’ Organization meeting, residents passed along questions they wanted the new superintendent to answer. She had time to answer two pertaining to Kirkwood and the Jackson High cluster.

Recently the Atlanta Board of Education voted to close Coan Middle and merge it with King Middle because of low enrollment at both schools. Some parents wanted to turn Toomer Elementary into a K-8 school so it could compete with the Drew Charter School. Drew’s popularity is part of the reason the BOE voted to consolidate the two middle schools. Figures released by APS during an April 3 meeting show that Drew is drawing a substantial number of students away from Coan. APS estimates that 32.2 percent of students zoned to Coan Middle attend Drew instead.

Carstarphen was asked about her feelings on K-8 schools in general.

“I think a rich portfolio of options really helps parents in picking designs that may or may not support what they’re interested in for their child,” she said. “I think K-8 as a design is appealing. I’ve heard parents talk about it in ways that eases their anxiety about that transition from elementary to middle school, and that research shows that by reducing transitions, or if you’re going to do a transition it has to be successful and well supported from elementary to middle or middle to high school. But having a good supportive transition that is within the same school culture can be beneficial to a child who needs that kind of continuity.”

She added that her background is in middle school education and that much of the research behind the concept of middle school no longer holds up today.

“I think that it’s fair enough to say that K-8 can be beneficial to parents and families,” she said.

As a follow up, Carstarphen was asked whether she’d reconsider the recent decision to merge Coan and King. She noted that she’s new and didn’t know all of the details about why the schools merged.

“It’s very hard to settle on one thing that’s perfect,” she said. “I certainly am open to the rich portfolio of designs. The other piece is how can we come together to do that in a way where as many students and families win and have a good experience for having made that decision. I do think that given everything that was put on the table the option that’s been designed was one of many and probably none of them were perfect.”