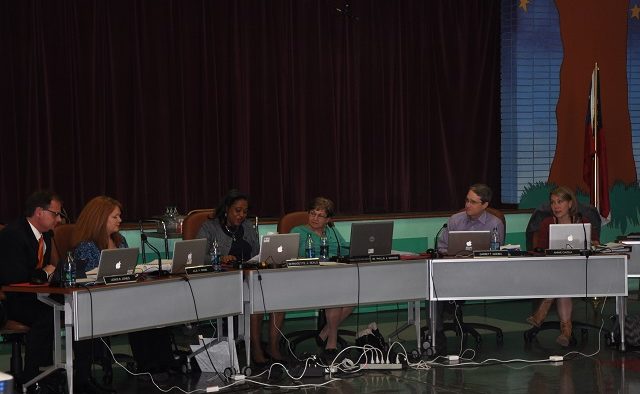 The City Schools of Decatur Board of Education discusses an agenda item during the April 1, 2014 board meeting. Photo by: Dan Whisenhunt
Share 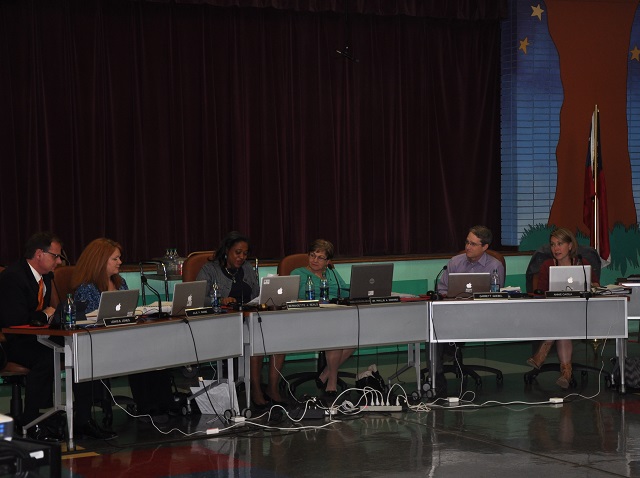 The City Schools of Decatur Board of Education discusses an agenda item during the April 1, 2014 board meeting. Photo by: Dan Whisenhunt

The City Schools of Decatur Board of Education will meet May 13 at 6:30 pm. Here’s a look at some items the School Board will be considering.

– There is a, request for the BOE to, “Implement Courtesy Tuition for all CSD staff working 30-40 hours.” According to note provided with the agenda, there have been questions concerning the policy as the school system works to manage its ever-increasing enrollment. The note says, “The new procedures will also include the statement that if an employee currently meets the requirement for courtesy tuition and their work status changes, giving them less than the 30 hours necessary, they will have the option to have their children attend CSD by paying tuition.” CSD typically spends $10,000 per student.

The agenda items also include a memo from Chief of Staff Caroline Wood. Wood’s memo says of the school system’s 636 permanent employees, 488 live outside of the CSD attendance zones. Of those employees, 99 have taken advantage of the CSD courtesy tuition program, accounting for 150 CSD students, or 3.8 percent of the total number of students enrolled.

Here is a bar graph included with Wood’s memo (click to enlarge):

– Also, School Board members will consider paying themselves $550 per member for meeting 11 times between January and June. BOE members have elected not to receive the $50 per meeting stipend for the last few years because of budget cuts during the recession. Superintendent Phyllis Edwards says in a memo attached to this item that, “Since new members have been seated, and the financial climate is better, this item is brought to the Board for consideration.”

– School board members will be asked to approve the system’s $51 million “tentative budget” for Fiscal Year 2015. The noted provided by Finance Director Susan Hurst says, “Included in this budget are 32.15 additional teaching positions to accommodate both anticipated growth and the reopening of Westchester Elementary School. In addition to the teaching positions, a step increase of approximately 2.5% has been included. This budget also reflects an increase in the Employer contribution to the Teachers’ Retirement System and the implementation of the Affordable Health Care Act. Funding has also been included for the reopening of Westchester Elementary School, additional portables, Renfroe Middle School iPads and Instructional materials.”

To see a copy of the proposed budget, click this link: CSD FY15 Budget