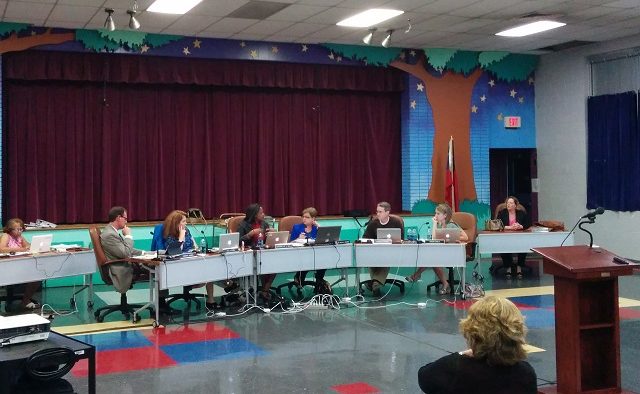 The City Schools of Decatur Board of Education during its May 13 meeting. Photo by Dan Whisenhunt
Share 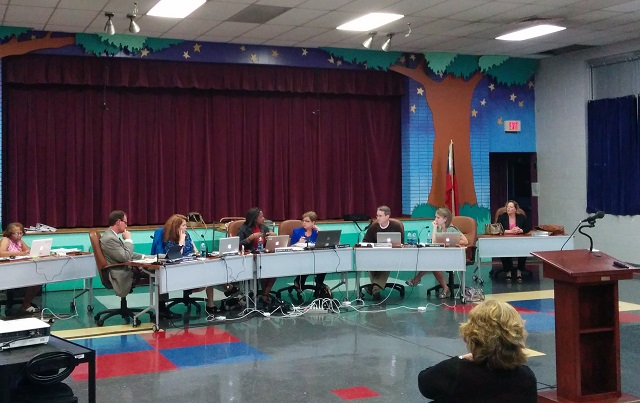 The City Schools of Decatur Board of Education during its May 13 meeting. Photo by Dan Whisenhunt

The Decatur School Board on May 13 voted to resume the practice of paying board members a $50 per meeting stipend.

All board members voted to restore the stipends, except for Garrett Goebel, who abstained. Goebel said he would not accept payments.

Under the proposal approved on May 13, BOE members will receive  $550 per member for meeting 11 times between January and June, a $2,750 total payment for all five board members.

“I want people to be able to come to a meeting and not have to pay for baby sitters,” Rhame said. “When I got on this board, it was $15 a meeting and they just bumped it up to $50. I happened to have just lost my job. These board meetings were going until one in the morning.”

Rhame said that serving on the BOE is a “huge time commitment” and said the lack of compensation might discourage people interested in running for School Board.

“If you don’t want to take it, take it and donate it back to the high school,” Rhame said. “I just feel like we have 10 elected officials in this city. The city commission, they make $400 a month and the mayor makes $500 and ultimately I think that whatever the city commission gets, the School Board should get. I just want to make sure that we don’t hamstring future board members who might want to be here.”

Annie Caiola said she wouldn’t take the money, but agreed that being a School Board member is time consuming. The May 13 meeting alone lasted more than three hours.

“I wouldn’t take the money to pay for the cost of child care,” she said. “I’m fortunate in that I don’t need it. I personally would give it back. There are some people who do need it who might want to sit on the board at some point in the future.”

In other business, the School Board:

– Approved a new policy regarding “courtesy tuition” for staff. Under the revised policy, CSD will offer courtesy tuition to children of full time staff, defined as working 30 to 40 hours per week. If the employee’s full time status changes, giving them less than 30 but more than 20, they will have the option to pay tuition to send their children to Decatur schools. Board member Bernadette Seals said the policy would grandfather in all courtesy tuition students enrolled under the old policy as of May 13, 2014. The policy changes are in response to concerns raised by a part-time teacher who wanted to send her children to Decatur schools, Seals said.