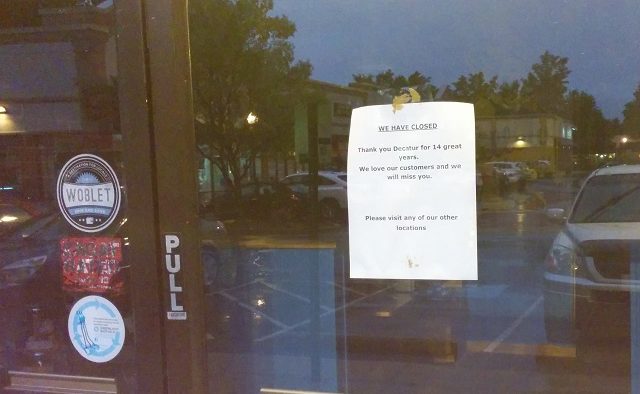 After days of speculation, it looks like the Decatur Mellow Mushroom may indeed be closed for good.

In the last few days there have been conflicting signs placed on the door of the restaurant. One said the restaurant was closed for the afternoon of May 9 and another said it was closed due to “interior progress” on May 8.

As of May 10, there’s a new sign on the door. It says, “We have closed. Thank you Decatur for 14 great years. We love our customers and we will miss you.” 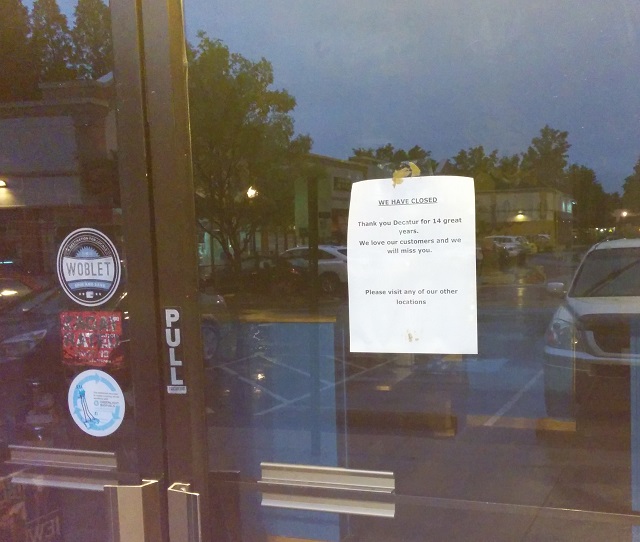 When asked about the latest sign on the door, Kieffer said, “For now we’re closed.”

Kieffer promised to provide additional information when he could.

The restaurant’s corporate office, Home Grown Industries, has declined to comment. While Kieffer has been careful in his responses, people familiar with the situation – including fellow restaurateurs – have said the corporate office wanted Kieffer to renovate the restaurant at an exorbitant cost.

There’s currently a Facebook page set up to support the former employees and stop the restaurant from closing. So far it has nearly 200 likes.