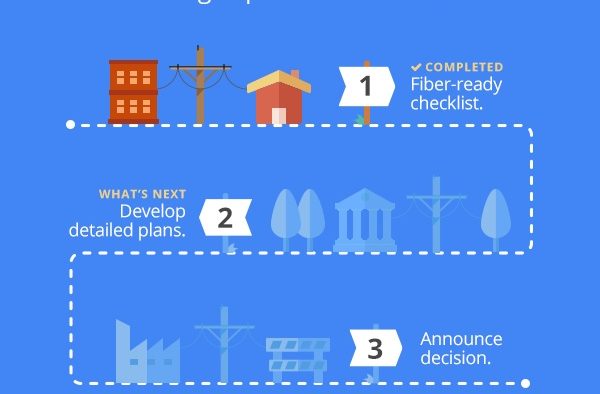 Internet search giant Google informed Decatur and Avondale Estates residents that their cities are on the right path toward getting Google Fiber internet service.

Decatur and Avondale Estates were among several metro area cities Google identified in February as potential candidates for its fiber service.  The check lists were due by May 1 and all cities met the deadline.

The internet search giant sent the same email to residents of both cities. It says:

Good news! (Your city) has submitted its fiber-ready checklist, bringing you and your neighbors one step closer to a new, high-speed network and all that comes with faster Internet. This was the first step in seeing if your city is a good fit for Google Fiber. We’ve been impressed by how enthusiastic (your city) has been as we’ve worked with them over the past few months — so let’s take a moment to thank them for everything they’ve done so far.

Both emails include this graphic and encourage residents to share it via social media: 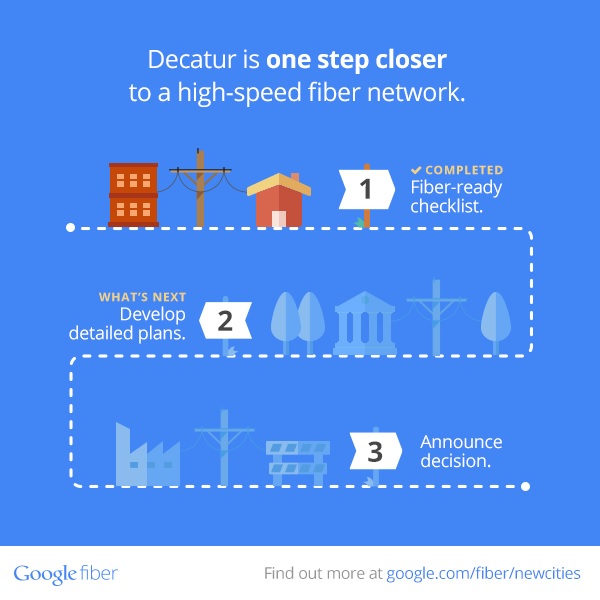 The email says, “Next, our team will continue to work with your city, and use information from the checklist to start planning out what a local fiber network could look like. There are still many details to figure out before we can make a final decision about bringing Google Fiber to (your city).”

Google is expected to announce which cities will receive the service by the end of this year.