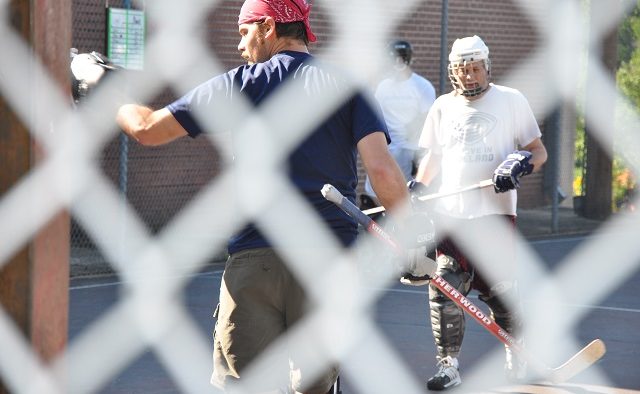 An Atlanta Street Hockey Club Player, as seen through a fence around a court at Bessie Branham Park in Kirkwood. Photo by Dan Whisenhunt
Share 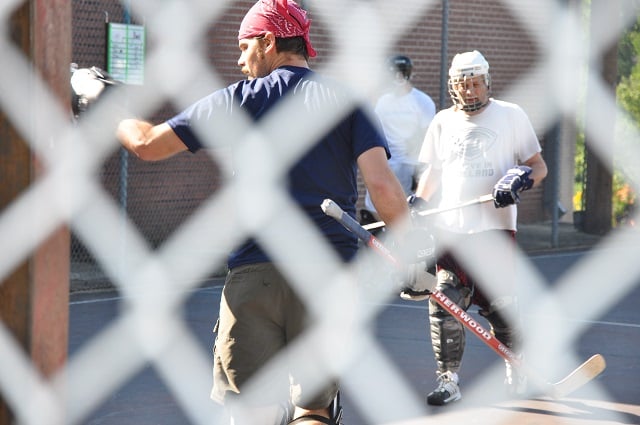 An Atlanta Street Hockey Club Player, as seen through a fence around a court at Bessie Branham Park in Kirkwood. Photo by Dan Whisenhunt

Keith Waldrop laced up in the parking lot by the Bessie Branham Park in Kirkwood on Sunday, slapping his shin guards onto his legs.

The other street hockey players finished off their breakfast in their car before jumping out and with their gear in hand.

Atlanta Street Hockey Club is a long-lived institution, established in 1997 by members of local bands. They’ve met regularly since, moving parks, adding players, but always playing here inside the perimeter. The matches are Wednesdays and Sundays.

It’s “The Closest Thing to Livin’ We Got” the club says on its website. It’s also the closest thing to “Fight Club.”

“Ninety percent of our injuries are teeth and eyes,” Waldrop said while suiting up. “We had a guy on Wednesday get 10 stitches. There he is.”

The other players inspected the stitches on the man’s head. They talked hockey playoffs. Since the Thrashers packed up their skates and moved to Canada, hockey has become scarce around Atlanta.

“We’re now the only hockey inside the perimeter,” Waldrop said. 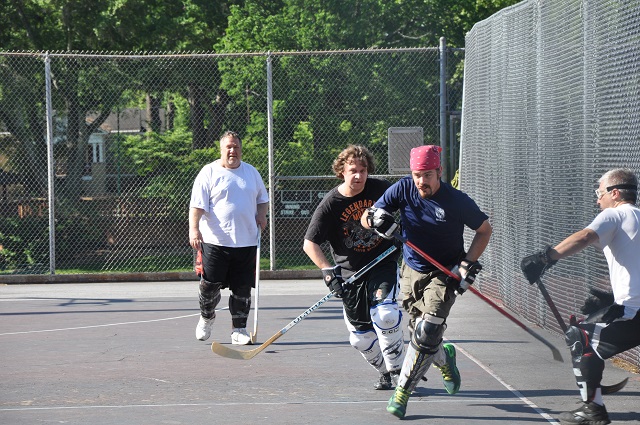 The Atlanta Street Hockey Club, on the grind at Bessie Branham in Kirkwood on Sunday, May 4. Photo by Dan Whisenhunt

Roger Zorn said Atlanta Street Hockey has about 20 players. It started in Grant Park. Many of the club’s members live in Decatur, and they used to play in McKoy in Oakhurst before the city replaced their turf with a skate park. Bessie Branham offers fencing on all sides and a smooth tennis court.

The club members settle scores on the court. Waldrop said he got a text from another player before Sunday’s game, “burying the hatchet” on a previous match.

Steve Tockerman said he was in a band when he joined and he is one of the club’s founding members. In the beginning it was much more casual. Men would bring their wives and girlfriends. Over time, the club became more competitive and the men began to take over most of the matches, he said.

“The game has gotten more serious,” he said. 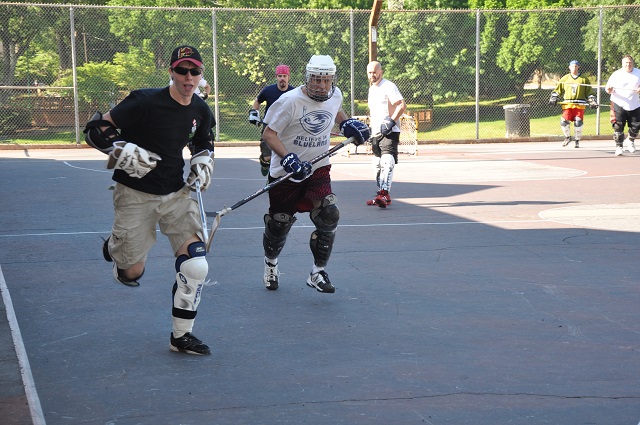 Players say they enjoy the camaraderie. Running around on a court in pads while chasing a pink ball around provides a good workout, they say.

“It’s like playing golf,” Waldrop said. “You never get good at it. If you get good enough to play, it’s a lot of getting better.” 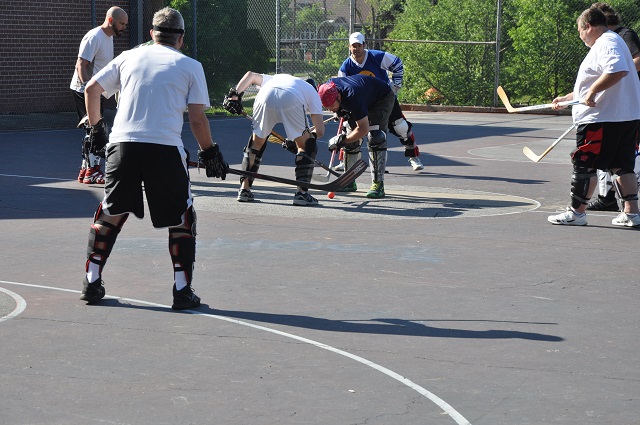