Look out – Cook Out on Moreland is open

Look out – Cook Out on Moreland is open 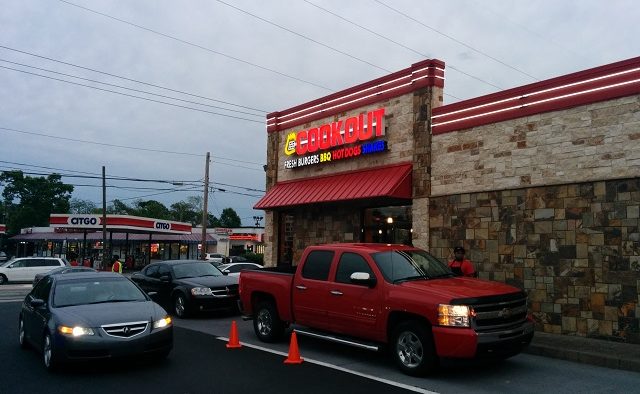 The Cook Out on Moreland was busy on Tuesday, April 29. Photo by: Dan Whisenhunt
Share 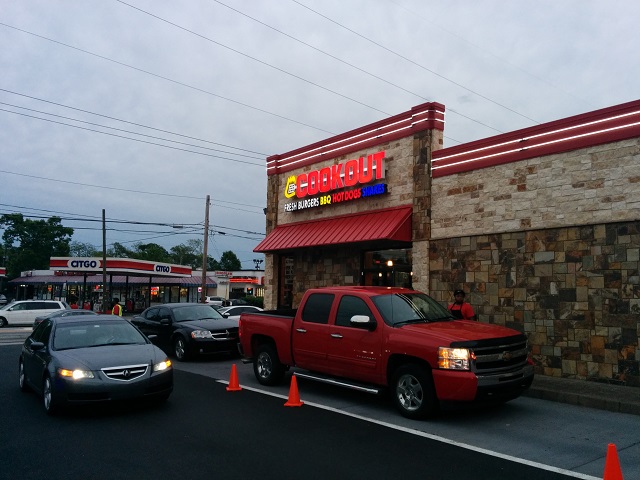 The Cook Out on Moreland was busy on Tuesday, April 29. Photo by: Dan Whisenhunt

A North Carolina fast food chain will be making a big play for Atlanta’s appetite this year.

The store was founded in North Carolina in the 1980s by Morris Reaves. Sean  Egan, night manager at the company’s headquarters, told Decaturish that the company has big plans for the metro area. The company wants to open up eight locations in Atlanta, including one at Georgia Tech according to Tomorrow’s News Today. The company plans to open 25 in Georgia, Egan said, with a particular emphasis on college campuses.

“We plan on Atlanta being one of our largest markets if not the largest,” Egan said.

The company’s mission statement is, “To serve customers the highest quality food in the least amount of time in a professional well run way, overall to be the best in the (quick service restaurant) business.”

The evening of April 29 the Cook Out employees went up to each car to take orders and manage the traffic flow. Inside, the service was a little quicker, but slowed down by people looking over the menu trying to choose between their new options. Servers handled the rush of customers gracefully, under the circumstances.

Many of them smiled and cracked jokes while helping customers navigate a bewildering array of options.

For a side, try the Cajun fries. If you’re in the mood for something sweet, the milk shakes are the stuff of legend. They have the consistency of molten lava and come in a fascinating variety of flavors like banana pudding and chocolate chip mint.

For the budget conscious, the prices aren’t too bad, either. A meal for two, including two combos with milk shakes, costs less than $15 and provides plenty of food for one sitting.

The quality of the food is a throwback to that era when Dairy Queens and other little chains had more control over what came out of their kitchens. The taste will remind you of those places off dirt roads in small towns.

It could be a big boost for the East Atlanta gateway, too. The restaurant opened in an area that’s still up and coming, sharing the road with a mishmash of other development. The debut has drawn in people from all over the metro area looking to take their first bite.