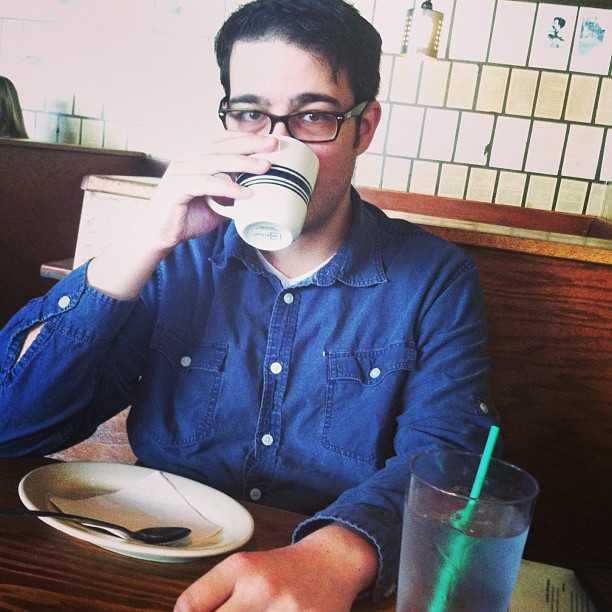 Editor’s note: This column originally ran in the July 2012 editions of Reporter Newspapers, where I worked as Assistant Editor and Digital Content Manager prior to making Decaturish my full time job. At the risk of sounding lazy, I wanted to write a column with a similar theme. But if I had to write it again, it would pretty much say the same thing as the one I wrote two years ago. So the editors at Reporter Newspapers gave me the OK to rerun it here. I’ve updated it to reflect the issues in the upcoming May 20 primary so you all won’t think I’ve suffered brain damage and am reliving parts of 2012.

Coffee is my uncredited ghost writer.

If you’ve registered to vote and are thinking about sitting the May 20 election out, I need to talk to you.

You need to go to the polls.

But if you don’t think your vote matters, particularly in local races, you’re not paying attention.

People get all fired up whenever it’s time to elect a president. But there’s limited interest in state and local elections.

As a reporter, I’ve seen up close the relevance and importance of local government. A school board can raise your taxes just as easily as the United States Congress, and often with much less fuss. A state legislator can propose sweeping changes to the tax code, as the Georgia Legislature did in 2012.

The U.S. Congress has trouble figuring out who will pay the light bill. Nothing consequential happens in D.C. these days without a knockdown, drag-out brawl.* In local government consequential things happen all the time with a handshake and a wink.

Hey, if that’s how you like your government, OK. But I always want my elected officials, even my local dog catcher, to know I’m paying attention.

This year’s ballot includes a race for the DeKalb County Board of Education, a race to elect a state senator and a race to elect a sheriff. Every one of those elected offices can affect your life in some way. You really should pay attention to who is running for them.

Look, I realize voting is a pain. If you live in Atlanta, you might vote at a precinct that’s far away from where you work. I always get up an hour earlier and have to bribe my wife, who is never enthused about waking up at 6 a.m., with promises of breakfast and coffee.

I know it’s hard to get excited about this. Half the time you don’t know anything about the candidates or the issues. And if you don’t have time to watch the news, you probably don’t hear much about your local elected leaders unless they’re getting sued or indicted.

The “go vote” television ads are awful. They usually sound like the PSAs urging you to get a colonoscopy, unless they’re on MTV where they sound more like an Axe Body Spray commercial. FYI, voting will never make you look cool, no matter what the cast of “Jersey Shore” says.*

Politics is boring. Voting is inconvenient. Democracy is a chore.

Affecting change at the ballot box is a slow, tedious grind of voting year in and year out, electing good candidates and voting out bad ones.

It also involves a little homework. You need to read and watch the news. You need to Google some names and see what you can find out on your own. Or you at least need to find someone whose opinion you trust and let them help you make a decision. (My mom usually hits me up for suggestions.)

Lucky for you, there are some nifty websites out there to help you make sense of it all.

To see who you’re voting for and what the candidates are about, check out http://votesmart.org/. To figure out where to vote, visit the Georgia Secretary of State’s My Voter Page, http://mvp.sos.state.ga.us/. That’s a great resource that’ll give you a polling location and a sample ballot. Decaturish.com has published its first voter’s guide to help you make your decision before you head to the polls, https://decaturish.com/category/voters-guide/

* 1. Sadly, that part of the column didn’t need to be updated.

* 2. Sadly, that didn’t need to be updated either.