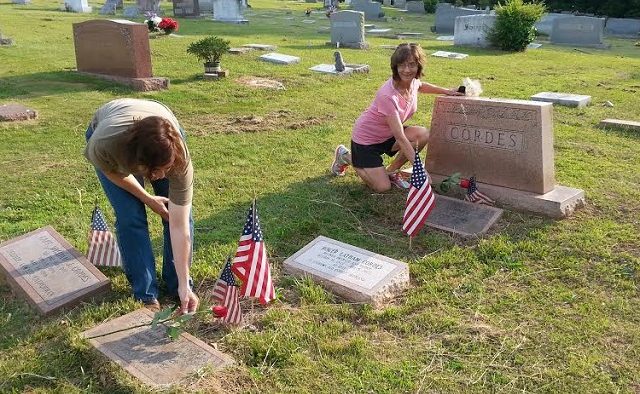 Residents mark Memorial Day in Decatur by placing flags on the graves of veterans at the Decatur Cemetery. Photo by Chris Billingsley.
Share 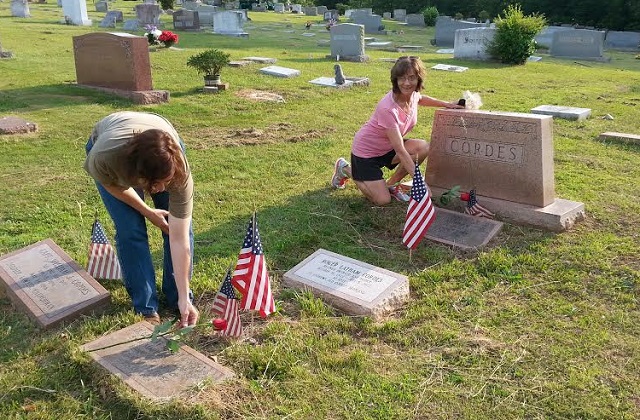 On Sunday, May 25, residents of Decatur marked Memorial Day by placing flags on the graves of veterans at the Decatur Cemetery. Photo by Chris Billingsley.

He reminds us that today, May 26, Decatur will mark Memorial Day with a simple ceremony at its cemetery, which holds the graves of more than 1,000 veterans. There will be a brief remembrance ceremony at 5 pm and volunteers will pick up the flags afterward.

There was also a ceremony on Sunday, May 25.

According to the U.S. Department of Veterans Affairs, Memorial Day began as Decoration Day in 1868, three years after the Civil War, a conflict that to this day remains the deadliest in American history. A recent study put the number of Civil War deaths at 750,000, according to the New York Times.

Memorial Day didn’t take on its current role in American life until after World War I, when it was observed in honor of those who died in all American Wars, the VA says. The U.S. Congress declared it a national holiday in 1971.