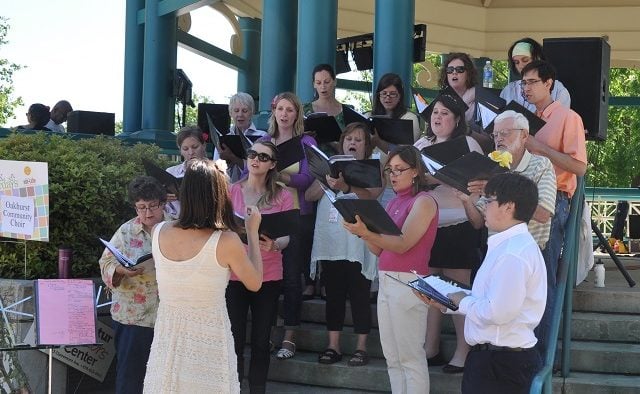 The Oakhurst Community Choir performs on the Decatur Square on May 3, 2014. Photo by Dan Whisenhunt
Share 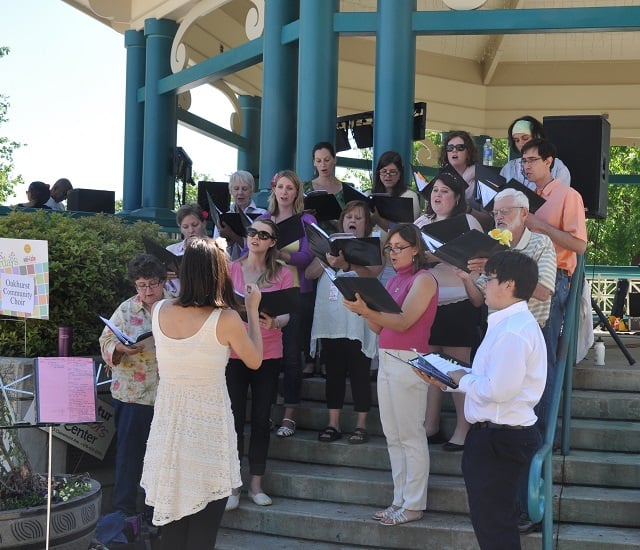 The Oakhurst Community Choir performs on the Decatur Square on May 3, 2014.

A heart that carries a song of spring would find something to love about the scene.

The choir from Oakhurst lined the steps of the bandstand in the Decatur square Saturday. They stood shoulder to shoulder with song books in their hands. A small crowd gathered to hear them sing about love, the weather and all the good things that follow winter.

“We were surprised Oakhurst didn’t have one,” Scarborough said.

The choir has 20 members and is open to anybody. Scarborough said she’d like to recruit some more male singers. There’s a suggested $50 donation for people who would like to join to cover the cost of the performances, she said. It doesn’t matter if you know how to read music or not, Scarborough said. They practice every Wednesday from 7 pm to 8:30 pm in the Solarium in Oakhurst. Anyone interested in joining can get in touch by emailing the group: [email protected]

Annette Laing joined the group because she couldn’t read music but always wanted to sing.

“I don’t think singing is for an elite few,” she said. “It’s for everybody who would like to sing. It’s good for the soul.”