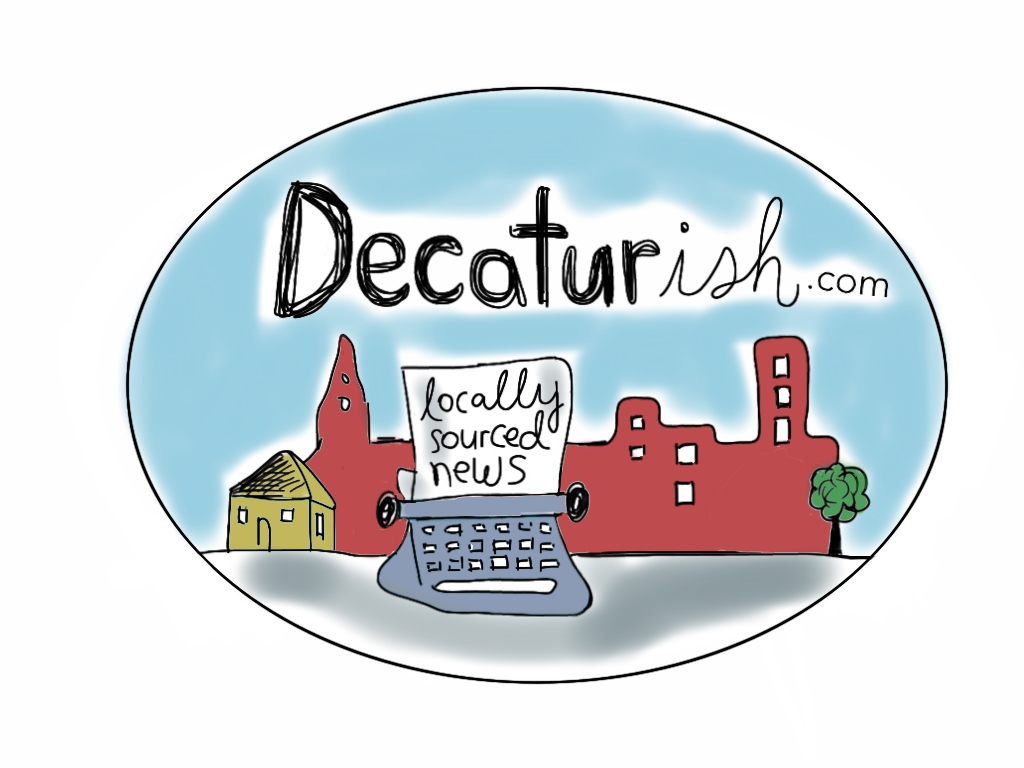 A year ago this month I got an idea to start a website.

The name was a tongue-in-cheek reference to people on message boards who take time out of their day to remind us that Decatur has a city limit and all of the bad things happen outside of it.

We’ve built up an audience, which is good because a news product isn’t worth much if people aren’t reading it. I wanted to talk to you about something that happened right around the time I was deciding whether I wanted to take a crack at running my own business, making Decaturish my full time occupation.

I went to Revolution Donuts and waited in line. A guy at the front door played a slow, laid-back tune on a guitar and the children stared at the donuts behind the glass case. I saw a coloring book over by the cash register.

It was “The Chloe Pink Doodle & Dream In the City Book” by Sharna Fulton. 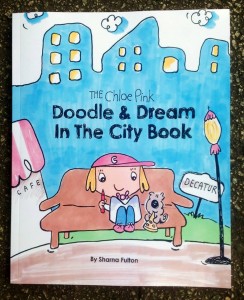 Inside little Chloe took us on a journey through Decatur, encouraging us to draw a mustache on our barista and to “put a moon and stars in the nighttime sky.” The book featured several Decatur businesses. What a clever piece of marketing, I thought.

I instantly knew that I wanted my business to get the Chloe Pink treatment. There was just one little problem.

Chloe Pink visited store fronts. My business doesn’t have a formal office. It doesn’t arrive on your door step each morning, either. We’re selling information and influence, intangible ideas. But I figured if anyone could pull it off, it was Sharna.

I reached out to her and I was so stoked when I got her phone call. Sharna is a communications professional by day who has lived in Decatur for years. One of the things I love about her “Doodle & Dream” book is its sincerity.

On one page there’s a sketch of the Atlanta skyline with “The City” written on it.  It’s surrounded by blank thought bubbles.

It asks, “Where did everybody come from? Where are they going?”

There’s a sort Zen quality to it.

Sharna told me that she took a journalistic approach to creating “Doodle & Dream.” She visited the restaurants and the shops in Decatur, talking to people wherever she went.

She accepted my challenge of creating a Chloe-style version of the Decaturish logo. I explained that the Ish is really about the haziness of those imaginary lines that divide communities. Ish is a suffix I hear more and more in casual conversations. I’ll be there at fiveish. The rent is affordableish, etc.

Ish, like the future of journalism, is a curious uncertainty. May you live in interestingish times.

Sharna and I went through several revisions of her idea. She initially gave me a handful of different sketches. I narrowed my choices down in the most scientific way possible by asking my friends on Facebook for their opinions. After 200 of my best acquaintances made some suggestions, Sharna gave me the glorious image you see at the top of the page.

A year after starting Decaturish, I’m celebrating its childhood, courtesy of Ms. Chloe.

Chloe waves goodbye on the last page of the “Doodle & Dream” book.

“Bye! See you next time,” she says. “Until then, follow your dreams wherever you go!”

Thank you, Chloe. I will.