Swimming around – An insider’s guide to local pools

Swimming around – An insider’s guide to local pools 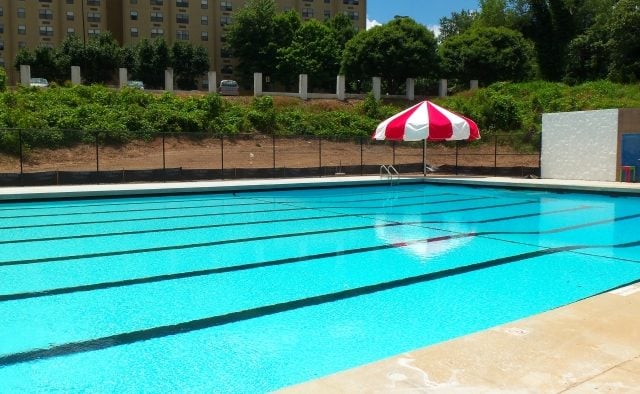 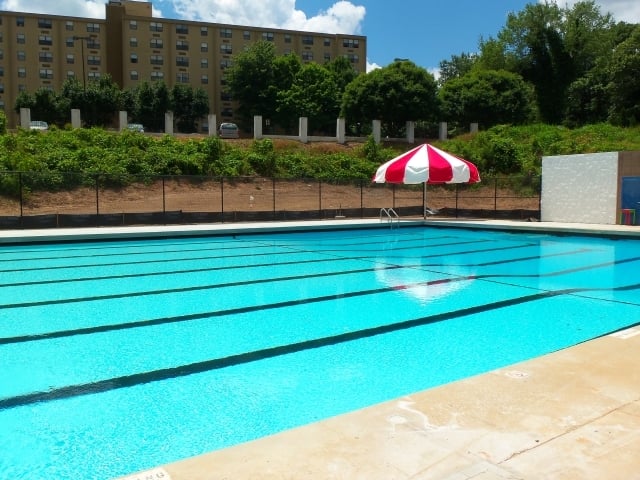 Ebster Pool will open this summer. Photo by Dena Mellick.

School is coming to a close, Memorial Day is around the corner, and pools across the country are preparing to open. So what are the options on this side of metro Atlanta when it comes to getting the kids out of the house and into the swimming pool? It’s not easy to avoid summer camps, church groups, and swim teams at the public pools in the area, but Decaturish has done some of the dirty work to bring you an insider’s guide to the pool season.

The City of Decatur has three public pools open to both residents and non-residents.

Ebster Pool has just undergone a major renovation. The Beacon Hill Municipal Center next door is still under construction, but Tennis and Aquatics Program Supervisor Jabari Cole reports the Ebster Park Pool will be open for business on June 2.

The Glenlake and McKoy Pools open May 24.

Included in Ebster’s renovations: improvements to the pool house and locker rooms, an expanded pump room, a new splash pad, and additional lanes. The Decatur Gators will now be practicing and holding meets at Ebster, so residents will need to plan accordingly. Aquatics Director Kyle Morton says another change is that the diving board at Ebster has been removed for safety reasons, so there are now no diving boards at any of the Decatur pools.

Glenlake Pool on Church Street also underwent some improvements over the break, including new lining in the pool and new equipment in the pump room.

Some residents have previously expressed concern about overcrowding at Decatur pools. Cole doesn’t think this will be an issue because of the Ebster renovation and additional pool openings in surrounding areas (e.g., Clarkston’s Milam Park Pool), although he says there are no current plans to add more City of Decatur pools.

However, if you want a little extra space, Cole suggests visiting Ebster or the largest pool, Glenlake, over McKoy, which he says is much smaller than the other two pools.

What’s the best time to visit if you want to avoid crowds? Cole says any time after 6 pm is usually a good bet. And as the summer progresses, weekdays in August are usually calm. But there will be lots of swimmers on weekends, especially in June.

When asked about prior complaints that non-Decatur residents haven’t been charged the appropriate non-resident rate, Cole acknowledged he has received some comments about that issue. However, he doesn’t believe it’s a major problem, especially since the institution of the residency cards policy last year.

Decatur residents can get a City of Decatur residency card to gain admission at the resident rate. Cole emphasized that his staff will not accept a driver’s license as proof of residency because it’s not clear whether it’s a taxable address in the City of Decatur. Residents need to bring a current tax or utility bill in order to get the laminated card.

DeKalb County’s pool season also begins May 24. We have included below a handful of the closest pools to the Decatur area, but you can view all the locations and hours by downloading DeKalb County’s 2014 Aquatic Programs brochure.

“A tip for all of our pools…[the camps] come to us anywhere from 9 am-1 pm. That’s when our pools are most accessed,” he said. “And then weekends, anywhere from 10 am-5 pm, all the pools are pretty crowded during that time.”

Sheppard recommends hitting the pools in the afternoon and evening, especially between 4 pm and 6 pm. And forget about bringing your own snacks. Sheppard says no outside picnic baskets or coolers can be brought into the pools because of previous problems with glass breaking.

Here is the breakdown of the Decaturish Insider’s Pool Guide. Do you have a favorite nearby pool or your own insider tips? Send them to [email protected]

Insider’s Guide: While the Beacon Hill Center is still under construction, the newly-renovated Ebster Pool will be open for the 2014 swim season. Thanks to the addition of more lanes during the renovation, the Decatur Gators will practice and compete here, so check the practice schedule or call ahead. Program Supervisor Jabari Cole recommends visiting in the evenings (when the Gators aren’t practicing) to avoid peak visiting times and also weekdays in August when the number of visitors tapers off. But expect lots of swimmers during those warm weekends in June.

Insider’s Guide: Glenlake is the largest pool in Decatur and has a shallow water section for smaller children. Cole says 10 am-12 pm is a great time to avoid the crowds at Glenlake. In the afternoons, expect to see lots of summer camp visitors. The previously mentioned tip to visit evenings and weekdays in August also applies. The parking lot at Glenlake is very small, but there is street parking on Church. Cole recommends walking or biking to the pool as many residents often do.

Insider’s Guide: McKoy is the most likely to be crowded of the three City of Decatur pools, mainly because of its smaller size. Cole notes a lot of residents in the area enjoy using the pool, so there will be lots of families there from 10 am-12 pm. Again, the tip to visit evenings and weekdays in August applies, as does the advisory that the pool will be well-attended weekends in June.

Post-season: Select pools will remain open on weekends through September 1

Insider’s Guide: The pools will be busy with summer camps from 9 am-1 pm.

Different pools have different schedules, so be sure to check the 2014 Aquatics Brochure provided to Decaturish. Only a few of the pools closest to the Decatur area have been included. There are more DeKalb County pools listed in the links.

Insider’s Guide: Membership is based upon living within the City of Avondale Estates.There is an online calendar of events to help plan your visit.

Insider’s Guide: Clarkston’s Milam Park Pool has four 75-foot long lap lanes, a wading pool, and other water features. Residents and non-residents can utilize Milam Pool, which opened in 2012. Residents can get the resident rate by obtaining a City of Clarkston residency card. Just bring a tax or utility bill to City Hall or the pool.

Editor’s note: Tennis and Aquatics Program Supervisor Jabari Cole contacted us to inform us that the opening of the Ebster Pool has been delayed again to June 2.