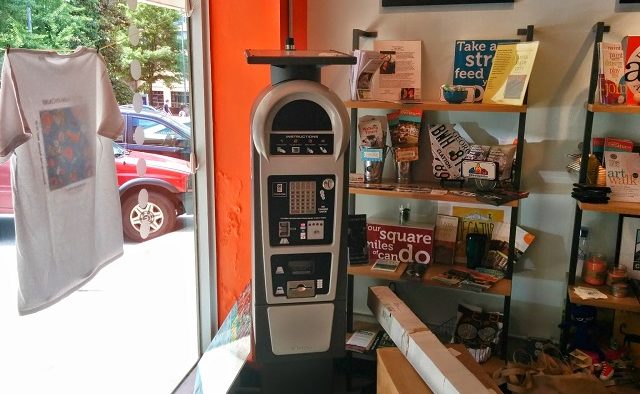 One of Decatur's new parking meters. The meters will be installed after the Decatur Arts Festival. Photo by Dan Whisenhunt
Share 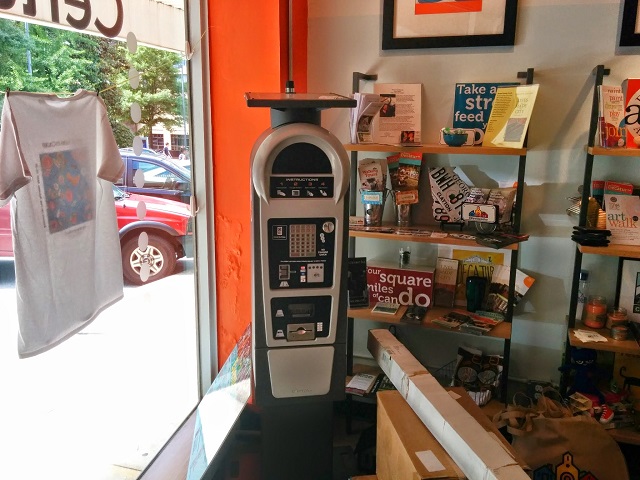 One of Decatur’s new parking meters. The meters will be installed after the Decatur Arts Festival. Photo by Dan Whisenhunt

The city of Decatur will begin installing new solar-powered parking meters after the city’s Arts Festival concludes on May 25.

The solar-powered meters will accept credit cards as well as coins. The meters will not take bills, however. Drivers will be able to pay with cell phones too, and use their phones to extend their parking time without having to feed the meters. There’s also something else on the horizon: Saturday parking enforcement.

While the city technically has been able to enforce its parking ordinances on Saturday, it hasn’t done so because of low staffing levels, Parking Manager Tony Parker said. He said the proposed Fiscal Year 2015 budget will fund Saturday enforcement by reallocating staff or hiring another part-time employee.

Decatur announced the new meters in December and said installation would be completed by February or March. City spokeswoman Casie Yoder said the city decided to hold off until after the busy festival weekend had concluded.

“It seemed like the best course of action to roll out the new meters at a less hectic/busy time for the city, rather than just before a major event,” Yoder said via email. “The Parking PALS are putting little educational flyers on vehicles parked downtown right now to help educate the community about the transition.”

Rus Wood, a volunteer at the Decatur Visitors Center, said the city will install 35 multispace units and 48 to 50 single space units.

“We’re all looking forward to it,” Wood said. “Our current system is in desperate need of replacing.”

Brett Weiler, owner of Decatur City Jewelers located next to the Visitors Center, said he’s been complaining about the lack of enforcement on his street for years. People park their cars in front of his business for days without penalty, he said. One time someone headed to the airport parked in front of his store and returned to get their un-ticketed vehicle a few days later.

Weiler is skeptical of the city’s plans for enforcement, but said more tickets would help business owners.

“Decatur’s growth has surpassed its parking capabilities,” he said.

Editor’s note: The city provided clarification that the new meters will take coins, but not bills.