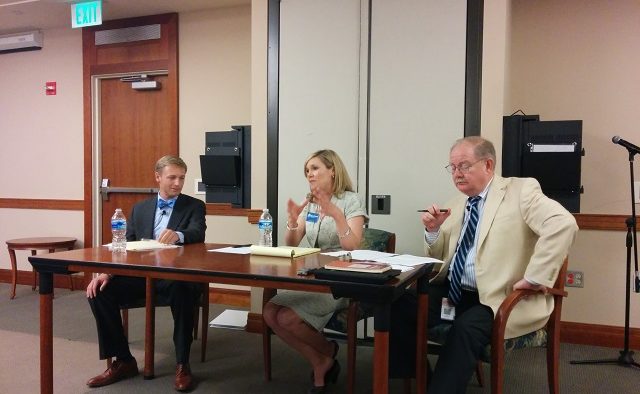 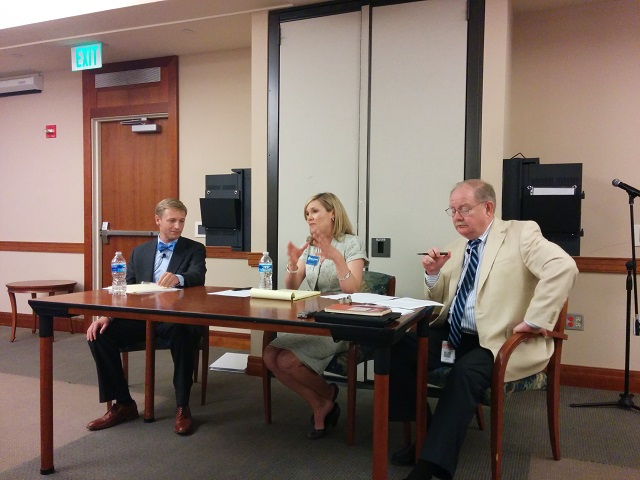 The two Democrats running to replace state Sen. Jason Carter on Tuesday presented their vision for the District 42 seat to a room full of potential voters.

DeKalb Young Democrats posted this video of the forum:

It was a debate on Williams’ home turf, and the two candidates presented a contrast in style. Parent says her experience as a state representative shows that she’ll be an effective state senator, someone who knows how to make the most of being a member of the minority party in a Legislature controlled by Republicans.  Williams says he will defend the values of the liberal-leaning senate district, even if that means voting differently than the other Democrats in the state senate.

Williams has used Parent’s legislative voting record against her. Parent said that most of the Democrats voted the same way as she did, including Rep. Simone Bell who supported Williams.

The candidates had an opportunity to ask each other questions.

Parent asked Williams, “Every piece of communication and mail I have sent out in this race has been positive and focused on my vision for the future of Georgia. Back when you and I started talking about this race, you pledged to me – and I have a text on my phone – that you were going to run a clean campaign. Now, you’ve been in the mail attacking me. So what I want to ask you is will you pledge from this point forward to stand by your word and run a clean campaign?”

“Listen, we’re two job applicants up here. We’re applying for a job,” Williams said. “You’re the one who’s deciding that job and you’re deciding that job based on who we are and what we’ve done. I have talked about voting records, because my opponent is running based on her experience at the Gold Dome, and votes matter. This is not personal. This is not an attack.”

Galloway asked the candidates about House Bill 60 recently signed by Gov. Nathan Deal. Dubbed “guns everywhere” by its critics, it expands the places where people can legally carry weapons, including bars and churches. Deal’s opponent in the general election, Sen. Carter, also voted for HB 60.  Galloway asked the candidates how they would fight gun legislation if they are elected.

“I am disheartened by the legislation that passed,” Parent said. “I’ve always been in favor of common sense gun laws. I don’t believe that we need guns everywhere. I have experience knowing how to fight these terrible proposals. The only things that we can do are stand up, put our feet down, and then think like they think and turn out the folks who they listen to, who can have their ear and make the arguments in a conservative way and through conservative coalition building.”

Williams said he supports Carter but doesn’t agree with his vote.

“Listen, first of all let me say this unequivocally, I’ve known Jason and been friends with Jason and served on the early board of Red Clay Democrats with him, and I endorse him and will support him for governor. He’s the best choice and we’ve got to have him,” Williams said. “However, that’s a big however, I fundamentally have disagreed with him in the past and fundamentally disagree with him now over his votes on guns. They’re taking us in the wrong direction.”