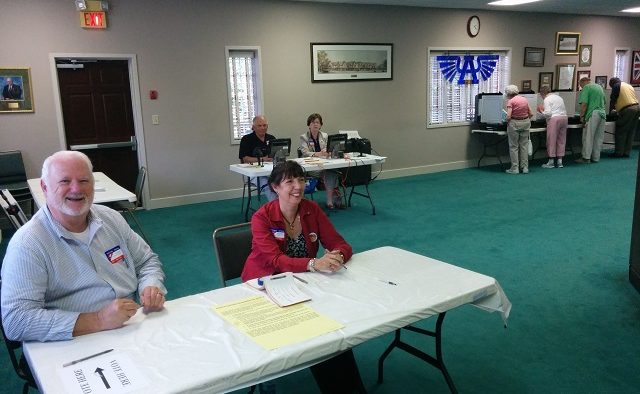 Poll workers at Avondale Estates City Hall man their stations during the May 20 primary. Photo by Dan Whisenhunt
Share 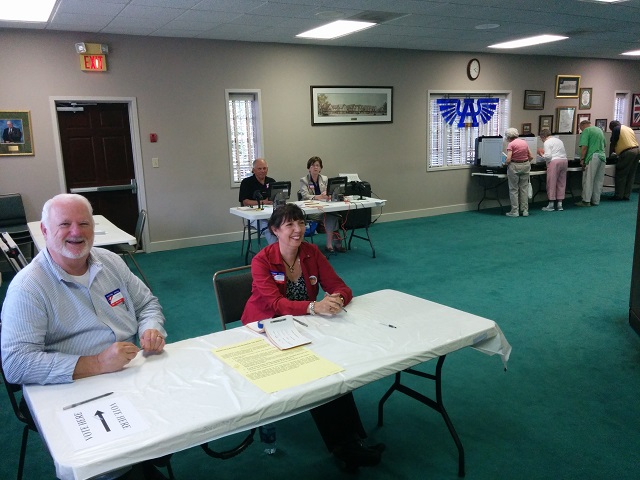 Poll workers at Avondale Estates City Hall man their stations during the May 20 primary. Photo by Dan Whisenhunt

Poll workers in Decatur and Avondale Estates said by Tuesday afternoon a fraction of registered voters had turned up for the May 20 primary.

While the turnout mirrored earlier primaries, poll workers said early voting could be the difference maker this year.

The final totals from DeKalb County show 16,041 voters cast their ballot early. The heaviest early voting day was May 16, when 3,235 voters participated.

Over at the Avondale Estates City Hall precinct, the turnout was comparable to First Christian in Decatur. Manager Penny Abraham said as of 2 pm 340 voters had cast their ballot there out of the more than 2,200 registered.

“We never know how many people voted early or absentee,” Abraham said.

Bobby Morris voted in Avondale and says he votes in every election, “Because it’s my civic duty.”

“In addition, I’m damn tired of politicians,” Morris added. “Some of them.”