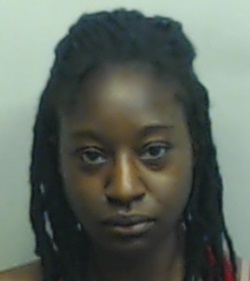 Atlanta Police arrested a woman and charged her with murder for her alleged role in a robbery scheme that left her alleged accomplice dead.

Police arrested greater Decatur-resident Bridgette Trent, 26, on June 22. She is being charged with criminal attempt to commit armed robbery and felony murder.

APD spokesman Sgt. Gregory Lyon said a resident of a home at Saville Street connected with Trent over the internet. They agreed to meet at his home.

“That’s why there’s a criminal attempt to commit armed robbery (charge),” Lyon said. “She brought this second party to the house to rob the homeowner.”

Atlanta Police said Trent was transported to the county jail without incident.