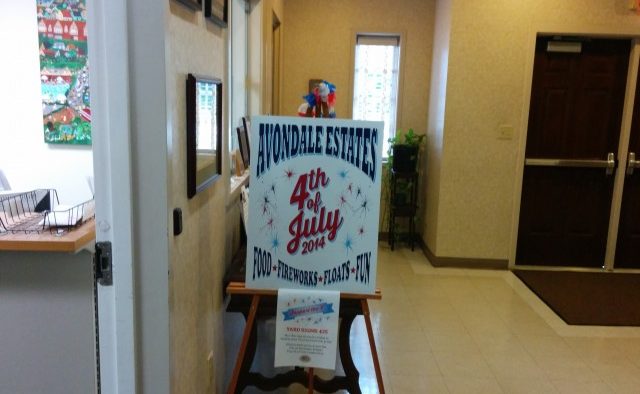 A sign located at City Hall in Avondale Estates advertising the Fourth of July festivities. Photo by Dan Whisenhunt
Share 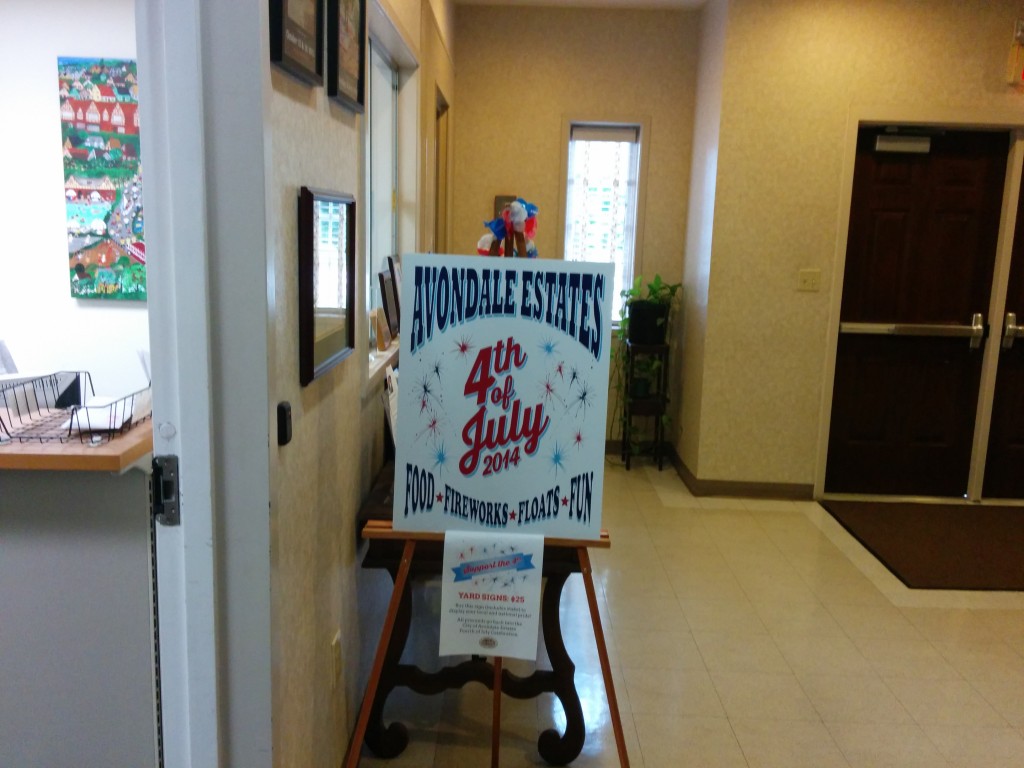 A sign located at City Hall in Avondale Estates advertising the Fourth of July festivities. Photo by Dan Whisenhunt

The city of Avondale Estates needs volunteers and sponsors as it finishes up preparations for the city’s Fourth of July festivities.

An announcement from the city says, “Looking forward to lining or marching down the streets of Avondale Estates for the fantastic 4th of July Parade? Can’t wait to kick back on a blanket by the lake to enjoy a concert and fireworks? Support our annual celebration by buying a yard sign or pre-ordering a T-shirt!”

T-shirts are $15 and yard signs are $25. Both are available at City Hall, located at 21 North Avondale Plaza.

The parade will line up at 9:15 am at Avondale High School. The marching starts at 10 am and the parade ends at Clarendon Avenue and South Avondale Road.

The city says that the The Seed and Feed Marching Abominable will be making its parade debut this year. The announcement describes it as, “Atlanta’s wildest community band, has been thrilling audiences since 1974, performing at home and on the road in festivals, on stages, and in support of community events and fundraisers of all kinds.”

The city’s announcement says this year’s parade will include appearances by:

The night will end with music provided by Kahle Davis of Event Technology, a concert from the Atlanta Blue Notes Big Band and fireworks over the lake at dusk.

If you’re interested in putting your vehicle in the parade, email City Communications Manager Kelly Brooks at [email protected]

“I want to say our city staff and some volunteers are working real hard on the Fourth of July parade and festivities,” he said. “It’s a great show. There’s really some really hard work that goes on there. I encourage people to volunteer. We’ve got some people that are getting real overloaded right now.”