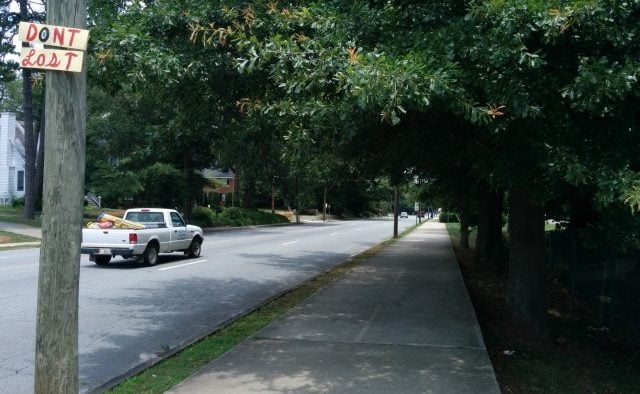 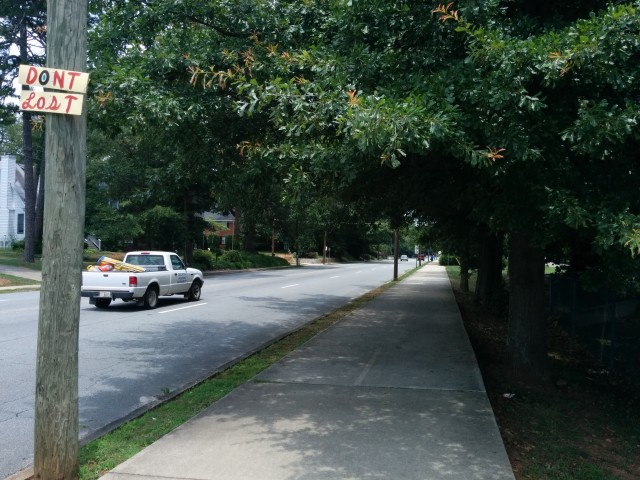 A Path Trail along West Howard Avenue in Decatur. Photo by Dan Whisenhunt

Smart Growth America, an advocacy organization promoting “smart growth,” and the Center for Real Estate and Urban Analysis at George Washington University published a report this week ranking Atlanta eighth in the nation for walkability.

While that report tells a story of a city that’s experiencing a growth in in-town real estate development, a report released a month earlier by the same organization tells a very different story.

Sally Flocks, CEO of pedestrian advocacy group PEDS, pointed out the two reports when Decaturish asked her for her take on Atlanta’s alleged walkability. She said the two studies used different measurements to reach their conclusions.

“What’s happening here is the good places are becoming great for walking and we have a lot of other places that are very dangerous,” Flocks said.

“The Dangerous by Design report is measuring how dangerous the metropolitan areas are,” Chester explained. “The report that came out yesterday, why Atlanta scored well, is it’s measuring the current development trends in the city. Atlanta is building more real estate development that’s walkable. The future trends indicate that Atlanta is moving towards more walkable places.”

Chester said as Atlanta develops more walkable places, it could mean a better ranking for the city when Smart Growth updates its Dangerous By Design report.

“When you look at where the pedestrian fatalities take place, the majority of them take place on arterial roads with high speeds,” Chester said. “More traffic calmed streets are more comfortable for pedestrians, so in those walkable places you’re less likely to see the kind of street design that’s deadly for pedestrians.”

Flocks said that in a region as big as Atlanta, not every place is going to be walkable because many neighborhoods are not connected by streets. She said even the bigger roads that allow faster speeds need some safety improvements.

“It’s easy to understand how we’d be ranked eighth on a positive and eighth on a negative,” she said. “It’s just measuring things differently.”