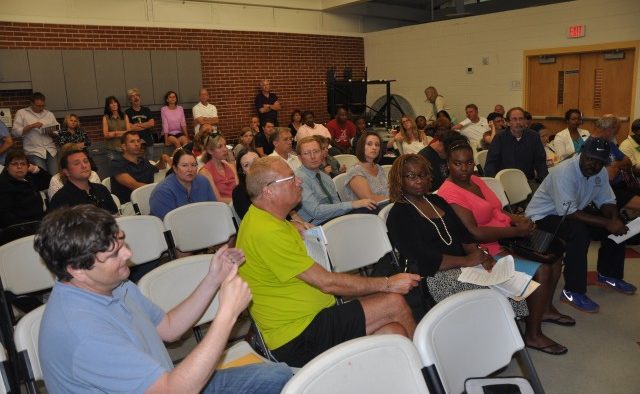 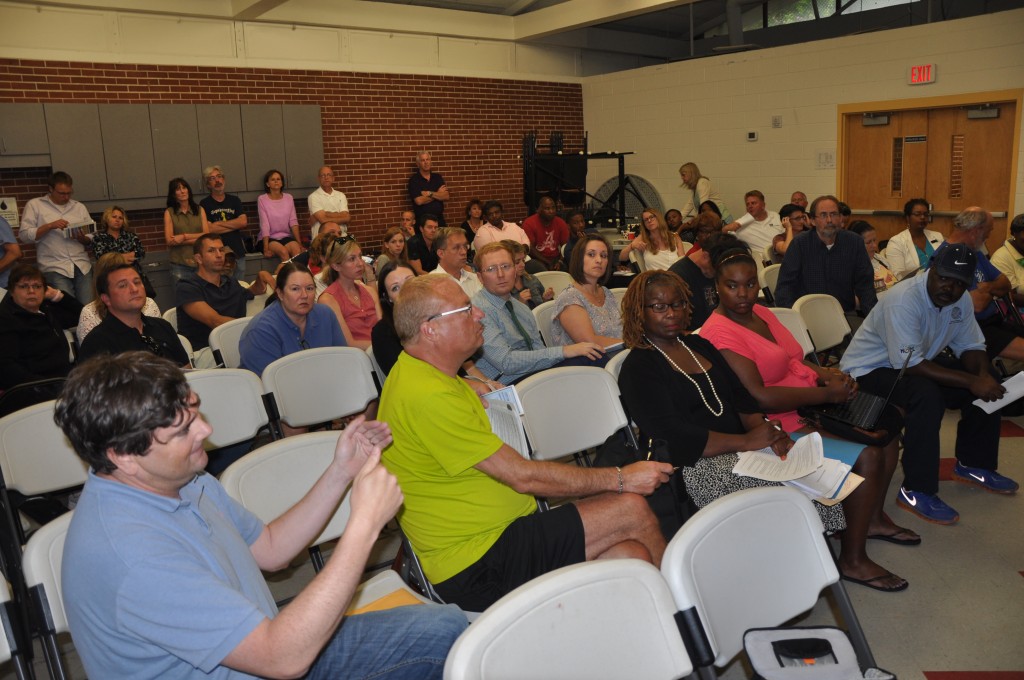 The June 24 NPU-O meeting in Kirkwood. Photo by Dan Whisenhunt

Unfortunately for the opposition, under NPU rules, the only people who could vote were residents who had attended one of the last three meetings. The NPU supported the special use permit for Lauren Kilby 9-3, with three abstentions. The approval had conditions that would restrict the use of the permit to Kilby’s business.

There were moments where the NPU board struggled to control the debate, and a city of Atlanta official scolded members of the audience for repeatedly cutting her off while she was answering questions about the application process.

“I am a professional, and as a professional, I will not allow you to shush me,” city of Atlanta Senior Urban Planner Racquel Jackson said. “You are an adult, so if you cannot talk to me in a respectful manner, then please address your comments to the chair, because I am up here to help facilitate the conversation.”

The vote is just the latest example of how something as innocuous-sounding as a daycare has touched off a heated debate in the east Atlanta neighborhood. Just two weeks ago, the Kirkwood Neighbors’ Organization voted against the application 17-13 with 15 abstentions.

Unlike NPU, KNO members can vote if they’ve paid their dues and the June 10 meeting brought out a wave of opposition. Residents are concerned that allowing the daycare center to expand its operations to allow up to 18 children will open the flood gates for other commercial businesses on their street.

“It’s not what we want to see here on our street,” one of the Anniston Avenue residents said. “Our street is plenty busy as it is.”

Customers of the daycare center showed up to support Kilby, saying it’s difficult to find affordable childcare in town.

Now the application is headed to the city Zoning Review Board.

Juliette Kilby attended the meeting to represent her daughter.

“We’re elated that we at least got through this process,” she said. ” We still have one more process to go, which is the board.  …We’re delighted to see that Kirkwood overall is about doing the right thing for the children, because the children, they’re our future, we all have to stand for them, because they can’t speak for themselves.”