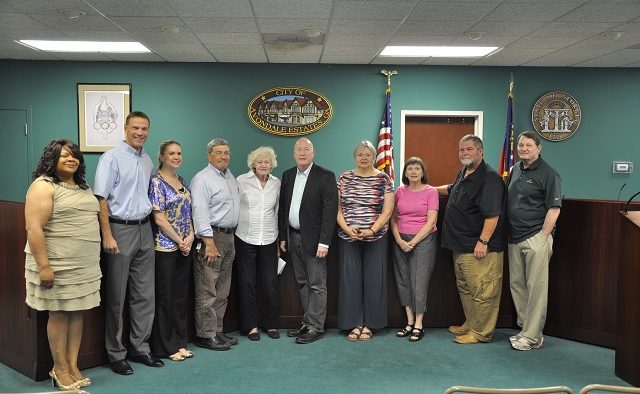 The Avondale Estates City Commission poses for a photo with the city's historic Garden Club. Photo by Dan Whisenhunt
Share 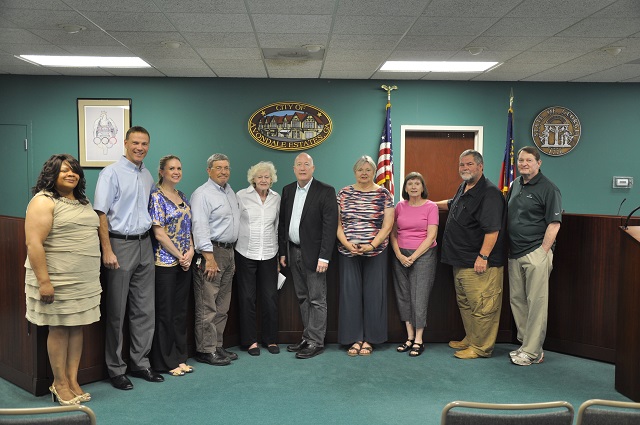 The Avondale Estates City Commission poses for a photo with the city’s historic Garden Club. Photo by Dan Whisenhunt

Mayor Ed Rieker recently sent a message to residents explaining that the city is considering a “placeholder” millage rate of 11.2 mills, higher than the city’s current 10.957 mills. Rieker explained the city is using the higher millage because, “It is possible that our Tax Digest could experience a change (up or down) just shortly before this July 1st reporting deadline.”

Rieker told commissioners June 4 that the goal is to keep the city’s current millage rate.

“Every year we go through the dance of setting the millage rate,” he told commissioners during the June 4 meeting.

Commissioner Randy Beebe asked if people had noticed changes in their tax assessments this year. Some Decatur residents have noticed large increases in their assessments.

Rieker said he’s received “a couple of emails” from residents who have larger assessments this year.

“Mine went up 40 percent,” Reiker said. “I was the only one in the neighborhood that went up.”

During the meeting June 4, Rieker declared June 1 through June 7 National Garden Week in honor of the city’s Garden Club.

“I just want to thank you for all the work you do around the city and the absolute joy that you bring to a lot of people who see the work that you do,” Rieker said.

The Avondale Estates garden club was founded in 1931, only a few years after the city was founded.