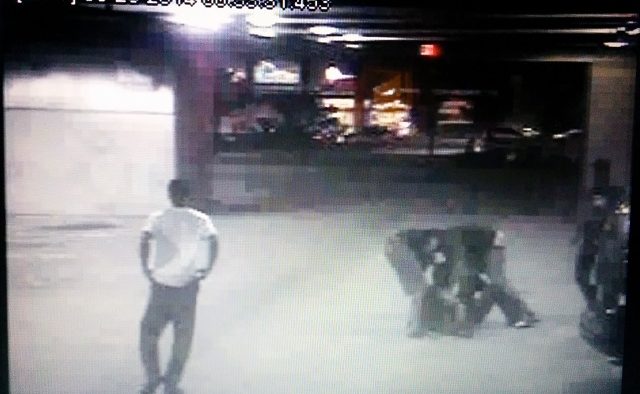 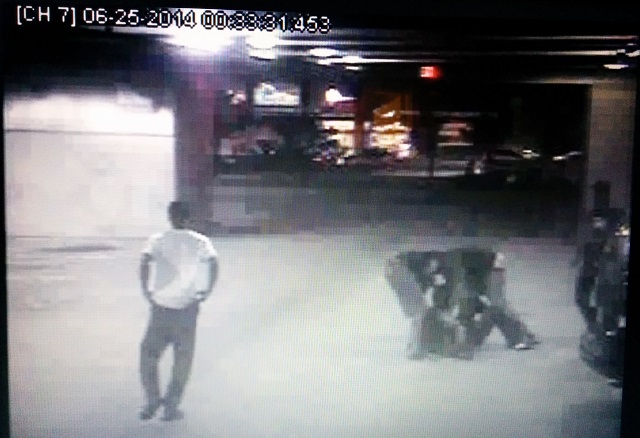 Atlanta Police are hoping someone will be able to identify the individuals seen in this video committing a robbery on June 25 in Edgewood.

The security camera footage depicts a group of men taking another man’s backpack at a shopping center on Caroline Street.

The suspects walk into view at the 1 minute 50 second mark. Watch:

The victim told police he was standing in front of Barnes & Noble texting his girlfriend when a white Mitsubishi Gallant with four men in it drove drove by and parked in the parking deck. The victim told police that when the men got out, they walked up to him and tried to take his cellphone. The victim tried to escape on his bike. The men started punching him in the face. The suspects allegedly tole the victim’s backpack that had his wallet and work clothes.

Police are asking anyone with a tip to contact Crime Stoppers at 404-577-TIPS (8477), online at www.crimestoppersatlanta.org or by texting CSA and the tip to CRIMES (274637). Tips can be submitted anonymously and there’s a reward of up to $2,000 for information that leads to the arrest and indictment of the suspects.