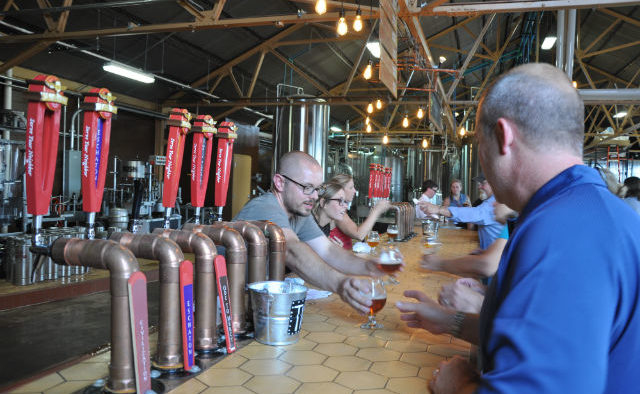 June 12, 2014: Guests line up at the bar at the grand opening of the Wild Heaven brewery in Avondale Estates. File Photo by Dan Whisenhunt
Share 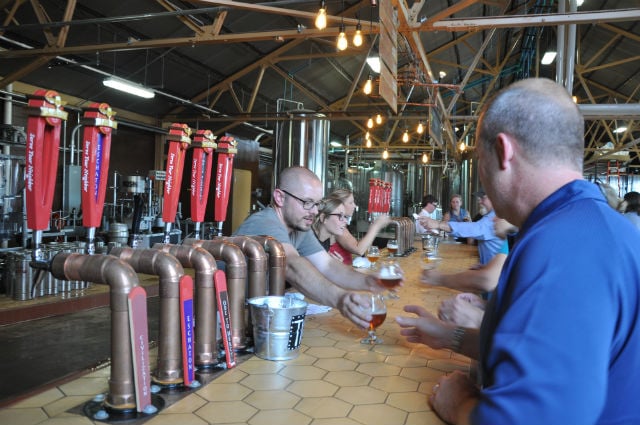 June 12, 2014: Guests line up at the bar at the grand opening of the Wild Heaven brewery in Avondale Estates. Photo by Dan Whisenhunt

Opening day brought out the A-Team of supporters and well wishers to the new Wild Heaven brewery in Avondale Estates.

Significant others, investors and fellow business owners on June 12 stopped by the new 8,500 square foot facility on Maple Street for the first of what owner Nick Purdy hopes will be many tours.

While Wild Heaven‘s beer is well established in the area – served in local restaurants and chilling in many a refrigerator – the beer itself was once brewed in a strange, far away land that Purdy calls Greenville, South Carolina.

Besides the obvious economic advantage of brewing in-house, Wild Heaven’s new home will allow the owners to get to know their customers a little better.

“It means people can visit us,” Purdy said. “Here in Georgia, breweries are not allowed to sell beer, but you can charge people to enjoy a tasting glass and a tour and then give them some beer to drink while they’re there. …. People have a chance to get to know your brand, get to know your story, see where you’re from. People care a lot these days about where food and beverage comes from. They want to know the story.” 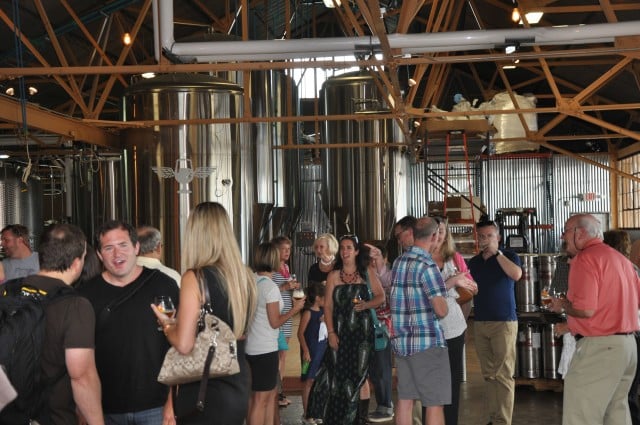 June 12, 2014: Guests mingle at the grand opening of the Wild Heaven brewery. Photo by Dan Whisenhunt

Purdy started Wild Heaven in 2010 and the brewmaster is Eric Johnson. The company says its beer is “designed in the great tradition of European brewing but with a distinctly American creative flair.”

They are perhaps best known for their Ode to Mercy, an Imperial Brown Ale that’s easy on the palate. The company describes it as “balanced and approachable.” It also contains coffee.

The version served at the June 12 grand opening had a little extra caffeine kick, and Johnson promises that there will be other experiments going on at the brewery.

“We’ve got a little one barrel system we’re going to be incessantly testing on,” Johnson said. “There’ll be three or four crazy little one-offs you can only get here.” 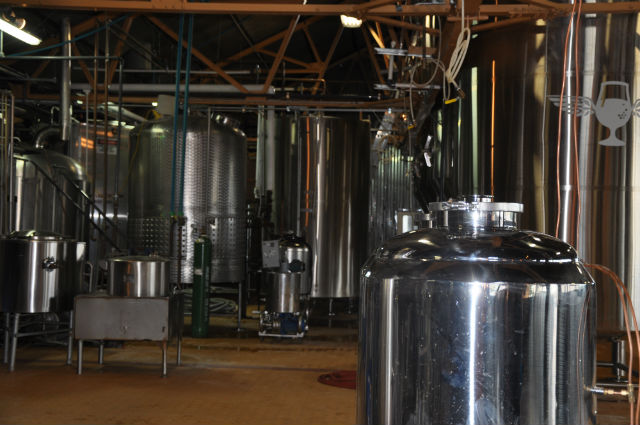 June 12, 2014: Vats were churning during the grand opening of the Wild Heaven brewery in Avondale Estates. Photo by Dan Whisenhunt

The Blackbird Saison was the more challenging of the two, offering the contrast of pink peppercorns and Korean pears. Johnson makes regular trips to Your DeKalb Farmers Market to find particular ingredients to round out his latest creation.  The beer starts off strong but has a mellow finish. The Barleywine has a pleasant sweetness. Like its older brother Ode, Barleywine is pretty easy to get along with.

The new facility has a 30-barrel brewing system that has its own story, having previously been used by the Georgia-based SweetWater and Terrapin brewing companies. Johnson said if the new brewery were operating 24/7, it could produce about 7,000 barrels a year. There’s still room to grow enough that the company could double its output at that pace.

Wild Heaven currently is only available in Georgia.

“We would like to stay in Georgia for as long as we can,” Johnson said. “The reality of the matter is the point at which we can make more beer than Georgia can sell, then we’ve got other states we’re looking at.”

Adjacent to the facility is a large patio, and Purdy said he plans to rent out the space for events like parties and weddings.

This will be the first weekend for tours. The Wild Heaven brewery is located at 135 B Maple Street in Avondale Estates. Tours will be Friday evenings from 5:30 to 8 pm, Saturdays from 2 pm to 5 pm,  and Sundays from 2 pm to 4 pm. The tour costs $12. You get six tokens and a “nice goblet,” Purdy said.

“We’ve already pre-sold nearly 500 tickets for the whole weekend,” he said. “There’s a lot of interest in visiting breweries.”

Correction: Representatives of the company called to correct information provided during the June 12 event. The brewery can produce 7,000 barrels per year, according to the company.