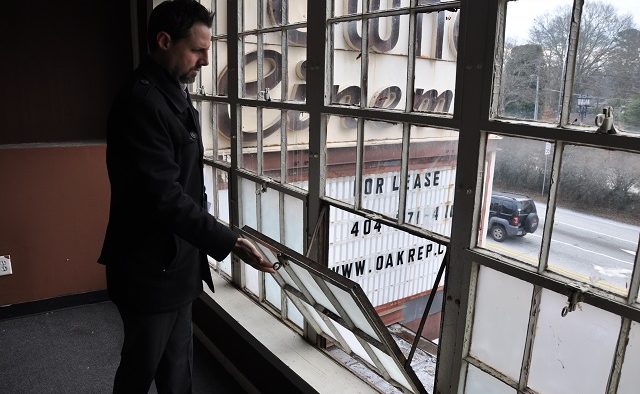 Fisher Paty, with Oakhurst Realty Partners, opens one of the windows of the projector room that's behind the Towne Cinema marquee. File Photo by: Dan Whisenhunt
Share 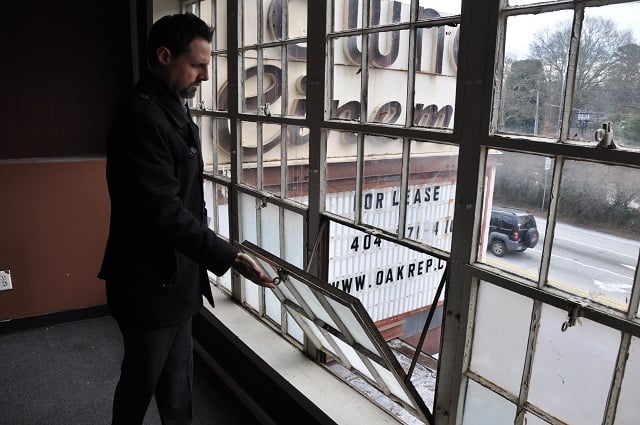 Fisher Paty, with Oakhurst Realty Partners, opens one of the windows of the projector room that’s behind the Towne Cinema marquee. File Photo by Dan Whisenhunt

An entertainment company wants to take over the Towne Cinema in downtown Avondale Estates and turn it into a new music venue.

Avondale Estates City Commission will hold a work session on June 18, starting with a public hearing at 5:30 pm.

In addition to being a music venue, the theater will also book “Broadway style shows” and improv groups, according to the paperwork filed with the city.

On the application, there’s a question that asks if the business will “be injurious to the use and enjoyment of the environment or of other property in the immediate vicinity” of the theater.

“No,” the applicant replied. “There are several examples of existing music venues in metro Atlanta that operate harmoniously within their environments such as Eddie’s Attic and Variety Playhouse.”

The application describes the concept for the new venue.

“The Business Model for the Avondale Theatre is for an intimate setting for acoustic shows by national acts, semi national and up and coming artists,” the application says. “There will be a variety of acts from jazz, pop, rock, country, blues, stage (Broadway style shows), improv, theater troupes, events for children’s arts (private and public), (and) community-based programs for children and adults.”

The Towne Cinema has been vacant for years. The cinema was constructed in 1925 and served as Avondale Estates post office and city hall. It became the Avondale Theater in 1938. During its history it has also been used as a private residence and a recording studio.

In its application, DeMedici Entertainment says venue could be a huge draw for the city’s downtown. “This business will hopefully help to expedite the development of the downtown Avondale Estates area.”

Attempts to reach representatives of the company have been unsuccessful. Decaturish also reached out to Fisher Paty, with building owner Oakhurst Realty Partners, for more information.

The city’s work session will be held at 21 North Avondale Plaza. All meetings are open to the public.