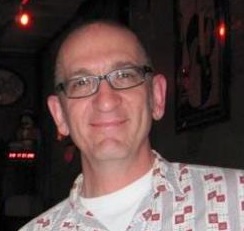 There have been nearly $15,000 in donations to a reward fund for information about a driver that Atlanta Police say intentionally ran down cyclist Gregory Germani.

Police have been looking for information about the driver of a red Dodge Nitro. Investigators believe Germani and the driver got into some kind of argument prior to the incident on Flagler Avenue in Atlanta’s Piedmont Heights community.

The fund, which will be rolled into a $2,000 Crime Stoppers reward, went live last week. As of June 17, the Fundly account had collected $14,695 and counting.

“Investigators are going through a lot of information right now and they’re busy following up on a lot of stuff,” Baldini said. “I think the media release and the amount of attention the reward is getting has increased people’s awareness.”

Germani’s friends and family have kept people updated on his condition through social media.

As of June 16, Germani remains in “stable but critical” condition in the intensive care unit at Grady Hospital.

Last week, police released this video of the suspected vehicle:

Police believe the suspect was driving a red Dodge Nitro and is an “under 30 year old African American male.”

People with information can submit anonymous tips to Crime Stoppers by calling 404-577-TIPS (8477), visiting www.crimestoppersatlanta.org or by texting CSA and the tip to CRIMES (274637). You do not have to give your name or any identifying information to be eligible for the reward for information leading to the arrest and indictment of the suspect.