Aww Rats – Decatur’s Got Them!

Aww Rats – Decatur’s Got Them! 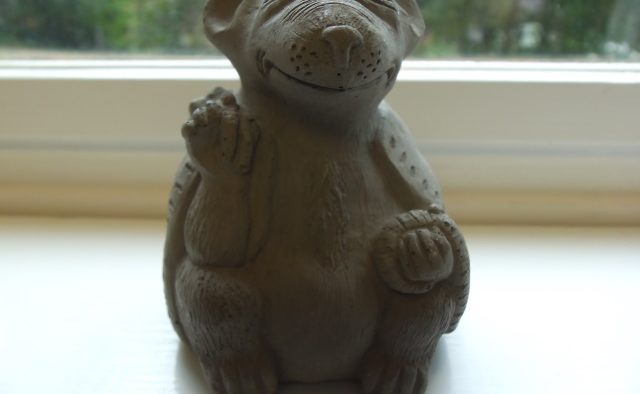 This meditating rat statue may be amusing, but real rats in your home are no laughing matter. Photo by Dena Mellick
Share 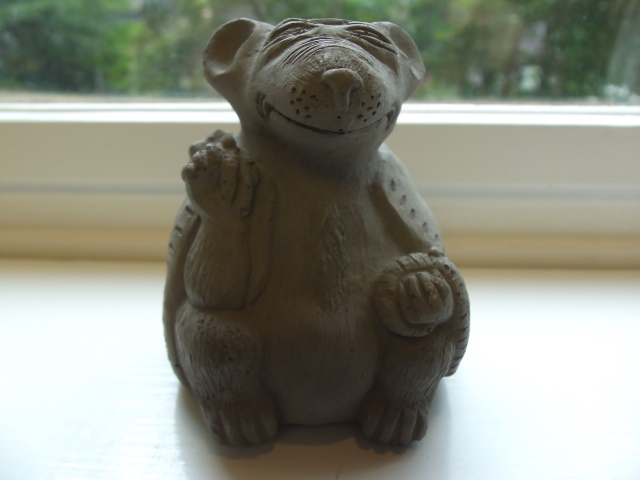 This meditating rat statue may be amusing, but real rats in your home are no laughing matter. Photo by Dena Mellick

It takes a village to kill a rat.

That’s the conclusion at which Sara Maughan has finally arrived. Maughan didn’t think much about rats until November of last year. That is when she and her family bought a home in a Decatur neighborhood near Scott Boulevard and Clairemont Avenue.

The first night after Maughan, her husband, and three sons moved in, she heard something making noise over her head in the kitchen. Thinking it was unusual, she called a regional pest control company which confirmed she had rats in her new home.

The exterminator set traps and covered potential entry points into the house with steel mesh. When Maughan and the pest control company thought the traps inside had finally rid her home of the rats, they set up poison bait boxes to address any outside rodents.

It was only when Maughan and her family started to smell an awful odor that they realized the rats were still residing in the walls and had taken the poison bait back with them where they died.

Maughan said she nearly hit her breaking point, telling her husband she wanted to sell the home.

“I really felt alone with this problem, and we still weren’t turning a corner on it,” she said.

Maughan realized that the $3,000 she has spent so far on managing her rat problem doesn’t matter if others in the community aren’t also working to deter the rodents. So she created fliers and posted them in her neighborhood. She also created a Facebook page for people to track the problem called Rats In and Around Decatur. Maughan said more neighbors have come to her, confiding that they too are battling rats.

Other neighborhoods including Decatur Heights, Glenwood Estates, and Avondale Estates have been reporting rat activity on their online groups and at community meetings.

Rats are not a new problem in Atlanta, but an influx of abandoned foreclosures as a result of the recession has put the city sixth on Animal Planet’s “Top 10 Worst Rat Cities in the World.”

He attributes the increase to a lot of old buildings in the Decatur area and an older sewer system, creating a multitude of places for rats to shelter. While new construction can be good for the area, Parker noted it will stir up rats.

Parker said the pest control company keeps track of its customer calls regarding rodents, but it is not required to report those numbers to the county. The City of Decatur website refers visitors to the DeKalb County Board of Health, and City Manager Peggy Merriss said in an e-mail, “the City would encourage any resident who has a rodent control issue to contact the DeKalb County Board of Health and/or an independent pest control company.”

The Board of Health primarily provides education and information to residents, but it does not engage in trapping. People can also make a complaint if they witness activity or rat-friendly conditions on another person’s property.

It is ultimately up to homeowners to be proactive when it comes to making sure they are not harboring a real “rat pack.”

Parker said there should be no shame attached to discovering rats—it is simply an issue that needs to be addressed both by a homeowner and the community. He said you should first determine if you could be providing welcoming conditions for rats like water in a dog dish or pond. Food sources include dog and cat food left outside, bird feeders, trees that drop fruit on the ground, and even dog or cat feces. Make sure you’re not leaving out grains on counters or in pantries inside your home.

Walk around your home and look for any small openings. A mouse can get into a half-inch opening, while a rat can enter into a one-inch opening. If you see dark “rub” marks on any openings, Parker said that’s a good indication something is going in and out. Also look for droppings slightly larger than a grain of rice.

Parker said there are two types of rats commonly seen in Georgia. The Norway rat, also known as the brown rat, common rat, or wharf rat, is a ground dweller and is likely to take up residence in a crawl space or basement. If you hear scampering overhead, that could be a roof rat (also known as a tree rat or black rat) in your attic. In addition to causing significant damage to a home and attracting predators like snakes and coyotes, rats can also transmit lots of diseases, both directly and indirectly.

So what should you do if you’ve already seen rats scampering around in your neighborhood?

Parker said to get a thorough inspection of your home and close off any openings. If the rodents are already nesting inside, snap traps are the next step and are considered one of the least inhumane lethal methods to deal with the rodents. Poison is usually not the first option because of concerns that the rats will die inside the home and cause odor or that poison will enter into the food chain.

What about borrowing your neighbor’s cat? Parker said he’s seen rats too large for a cat to handle and has also witnessed some cats completely ignoring rats. He said his best advice is to be proactive about keeping rodents out. “If everything’s done right, they won’t ever be in your home.”

If you do find yourself temporarily cohabitating with some unwelcome guests, you may be able to take some solace in the fact that rats are symbols of wisdom, industry, and even wealth in Asian culture, according to Hope B. Werness in “The Continuum Encyclopedia of Animal Symbolism in Art.”

Dr. Bradley Cooke, Assistant Professor of Neuroscience at Georgia State, said he admires the intellect he’s witnessed rats while utilizing them for research.

“Rats are highly intelligent, sympathetic, and empathetic creatures,” Cooke said. “Research shows rats are attuned to how other rats are feeling…If another rat is injured or has lost a fight, for example, with another rat, other rats will come along and console it.”

Cooke wants people to know that “rats have done a tremendous service to humanity. Although we treat them as pests, appropriately, there are tens of thousands, if not hundreds of thousands of rats, being used in scientific research every day around the United States and around the world.”

However, Cooke admitted that if he lived in Manhattan (number one on Animal Planet’s top 10 rat cities list) or had a rat infestation in his home, he might not regard them so highly.