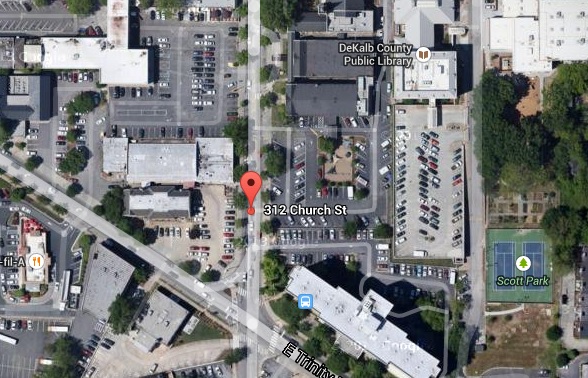 Wong told Tomorrow’s News that the 2,200 square foot Big Boss Chinese restaurant would feature authentic Cantonese cuisine and dim sum. The projected opening was fall of 2013. In October of 2013, Decatur Metro reported that Wong had signed a lease for a building at 312 Church Street. The story said the restaurant would possibly feature karaoke and would be open in late 2014.

Decaturish wanted to know what’s been going on with the restaurant since that last update. We asked Tomorrow’s News, which has its ear to the ground when it comes to reporting about restaurant and real estate.

Wong has been a little busy, Tomorrow’s News said.

“(It’s) delayed as he is currently investing heavily in the build out of Le Fat on the Westside.  Definitely still happening… but delayed,” Tomorrow’s news said.

Tomorrow’s News today reached out to Wong and he sent back this reply. The building is still occupied by the city of Decatur, but Wong expects to have it delivered in September. The new planned opening will be in the first quarter of 2015.

Thank you to Tomorrow’s News for the assist. Also, if you don’t read the website on a regular basis, you are missing out.