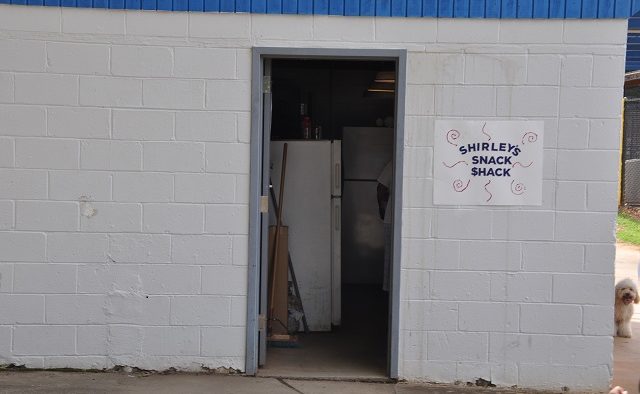 The concession stand at Oakhurst Park in Decatur. Photo by Dan Whisenhunt
Share 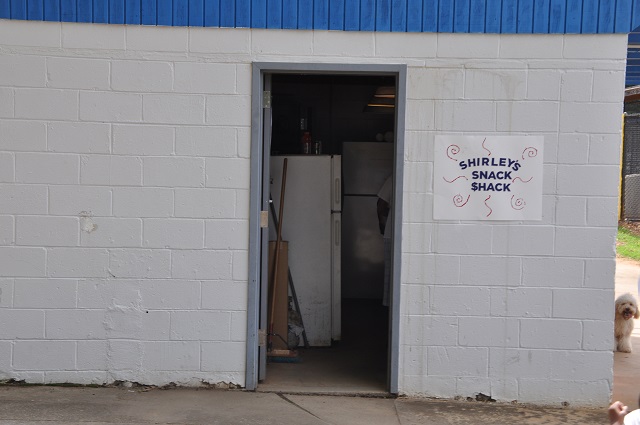 The concession stand at Oakhurst Park in Decatur. Photo by Dan Whisenhunt

Decatur Police report that burglars broke into a concession stand dedicated to a beloved Oakhurst figure who was murdered last year.

According to Decatur Police Sgt. Jennifer Ross, on July 17 at 2:11 pm police went to Oakhurst after getting a call about a burglary at Shirley’s Snack Shack. The stand had been locked the night before, around 9 pm. When the worker returned the following day, she found that the concession stand was locked but someone had stolen two refrigerators and $120 worth of “miscellaneous snacks.”

Shirley’s Snack Shack is named for Shirley Kendrick, known to everyone as Ms. Shirley. She ran the concession stands at Oakhurst Park for years. She was stabbed to death in October, and police charged her grandson with the crime. The recent opening day for youth baseball in Decatur was dedicated to her memory.