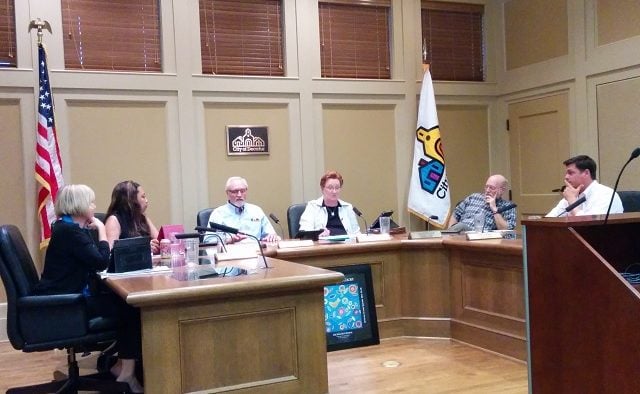 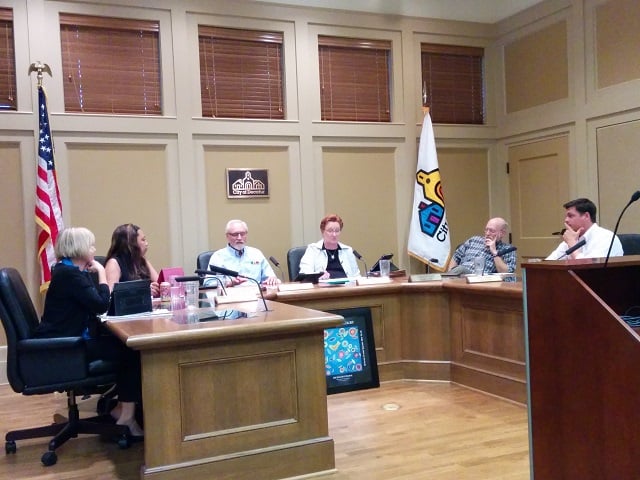 The hunt for an arborist to enforce those regulations continues.

City Manager Peggy Merriss said that the city has another round of interviews scheduled for the position this week.

“As soon as we can get someone we feel is going to provide quality service to the community and has the skills and abilities necessary to do the job in an outstanding manner, we’ll have them on board,” Merriss said.

In the meantime, the city is using a private contractor to provide those services.

Commissioners unanimously adopted the new fee schedule. Under the ordinance, property owners will be able to remove up to three healthy trees within 18 months without penalty. The owners will be required to fill out a free informational permit that will help the city track changes to its canopy.

Here is the full fee schedule: 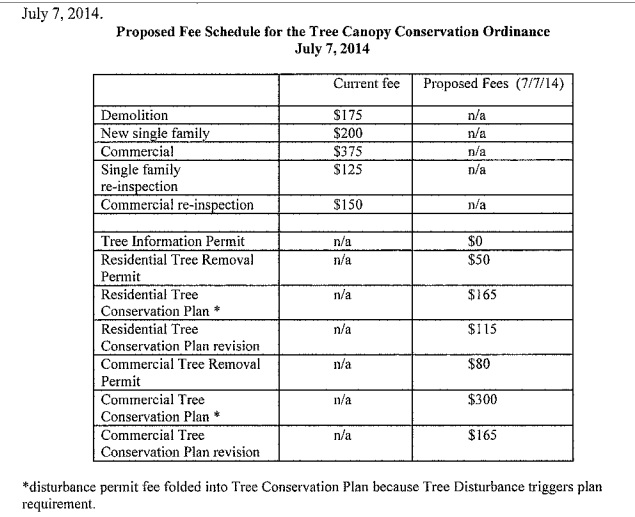 There was a moment of confusion during the July 7 meeting when Design, Environment and Construction Director John Maximuk said, “These fees are based on the salary structure of the upcoming landscape infrastructure coordinator.”

Mayor Pro Tem Kecia Cunningham pointed out that one of the revisions to the tree ordinance stripped it of language that would’ve used those fees to pay the arborist.

Merriss said the fees are being used to measure the amount of work the arborist would be doing to enforce the ordinance.

“This reflects the work they would be doing … not how we’re funding that position,” Merriss said.

In other business, commissioners:

– Approved an ordinance designating the recently-annexed Parkwood neighborhood as a local historic district. Commissioners annexed the neighborhood in April. Some of the neighborhood was part of Historic Druid Hills. According to a report provided to commissioners, “the district is bounded by West Ponce de Leon Avenue, the railroad, East Lake Road and includes West Parkwood Road,  East Parkwood Road, and 5 parcels on Parkwood Lane.”  The district does not include older homes that already were in the city limits, however.

“We will be asking the older Decatur side residents if they’d like to be included,” City Planning Director Amanda Thompson told commissioners.

Commissioners also awarded a $654,503 paving contract to Stewart Brothers. Mayor Jim Baskett asked Assistant City Manager David Junger to explain the difference between the project budget and the cost of the contract. Junger said the extra money provides a contingency for potential cost overruns and might even leave extra money to pave other roads.

“We also have roads in Decatur we know are bad and in need of repair,” Junger said.

– Approved a change order that will increase the contract for the Beacon Municipal Center by $158,500. That will increase the total contract amount to $32.6 million. That’s the sixth change order for the project. Deputy City Manager Hugh Saxon told commissioners that the total of all six change orders is $2.2 million. He said $1.6 million of that went to Ebster Pool improvements, the audio visual systems in the police department, municipal court and Ebster Recreation Center, and a new pavilion at Ebster Park. Saxon said the Police Department will move into the center in August and the Active Living Department will relocate to Beacon in September.

– Approved a $70,000 budget for construction of a trail on Olympic Place that will connect the street with Mead Road.

“Construction of the trail will significantly increase the walkability of this Olympic Place street and the safety of children walking and bicycling to school. Trails in Hidden Cove Park, Winnona Park neighborhood, Oakhurst Park/Lenore Street are well used, safe and an amenity to the community,” Thompson wrote in a memo attached to the July 7 agenda.

“It’s a little haphazard after that in terms of who starts really kind of running with it, and then we never really have evaluated against that criteria that’s in the community transportation plan that actually assigns a point value to the improvement in terms of how effective it would be in (providing) the desired outcome,” Junger said. “We never really have looked at them compared to each other as well. One neighborhood turns in a request, another neighborhood turns in a request, how do you prioritize the two of them?”

Junger said under the new process, all requests would go to Thompson, the city planning director.