A picture of Hosea Williams, left, and Franklin Morris, right, that hangs in the Morris' Restaurant and Lounge in Kirkwood. File photo by Dan Whisenhunt
Share

A picture of Hosea Williams, left, and Franklin Morris, right, that hangs in the Morris’ Restaurant and Lounge in Kirkwood.

Decaturish.com has published articles about the Morris Restaurant and Lounge in Kirkwood. During the reporting of that story, both sides were asked for a comment. The neighbors of the lounge asked to submit this letter in response to a previous article. We accept letters to the editor. If you’re interested in submitting one for publication, please send it to [email protected]

Myself and many other neighbors were very disappointed in the previous article that ran in Decaturish regarding the noise citation against Morris Restaurant and Lounge. We had no intention of ever bringing our situation to the media and had hoped we could work it out in a neighborly fashion. But Mr. Morris provided several quotes that were unsubstantiated and presented as fact, so we’ve decided to let our side of the story be heard and hope that the family takes our requests to heart.

Many of us that live near Morris Restaurant and Lounge have tried to express our concerns to the family about how the club currently operates. We’ve approached them as neighbors, with handshakes and friendly greetings. Unfortunately, they’ve shown a lack of desire to understand our position.

Weekend after weekend, starting very late at night, the club’s music is so loud that it can be heard in some of our homes, the patrons drink and yell in the streets late into the night (some Saturdays can can go as late as 4am) and we are either woken up or can’t sleep at all. Last November, several neighbors met with the owners and had only a few simple requests, such as keeping the music at a level so that it could not be heard outside of their building. That would ensure that no neighbors are disturbed by it. We thought that would be an easy enough solution that everyone could agree on. But the owners/manager told us that they are a club, their music has bass and there’s nothing they can do about it. It was clear that our approach as neighbors was not going to be reciprocated, which was disappointing.

So, they were cited for a noise violation. Believe me, that’s not something we want to spend our free time doing. We’d much rather be enjoying a quiet evening in our homes, minding our own business. We respect the unique right they have to run a nightclub in a residential neighborhood, but they also have to respect the fact that their nightclub is IN a residential neighborhood. They aren’t operating in a business district and they certainly aren’t in an entertainment district. They are in the middle of homes, some with young children and some with kids on the way.

The citation meant there was a court date. Several families that live nearby were all present in the courtroom that day. The previous article stated, “It’s really just one neighbor, it’s not the community,’ Morris said. ‘ … It’s like those people that were in the courtroom (on May 8). Those people don’t live in the proximity of this club. These are people that they gather to come in and support the bogus claim that they have.’”

All the families in the courtroom that day live in close proximity, with three of the families being direct neighbors. One neighbor, Kevin Burke, has lived across from the club for many years and says, “The assertion that the only other people there live nowhere near the Lounge is ludicrous. I was in the courtroom and live, per Google Earth, 225ft diagonally from the building. I, in fact, started complaining about the operation there in early 2013. The solution for everyone is quite simple…..do not play the music so loud that it can be heard outside the building.”

Another direct neighbor, Subash Patel, was also in attendance on the court date. He states, “As required by court, we welcome the Morris lounge owners to approach the neighborhood with a plan for both sides to exist together. Unfortunately, the owners have not and loud music and crowd noise continues to be an issue. This has been ongoing for a couple years and the complaints can be viewed by 911 records. It’s disappointing that legal action by court is necessary for the lounge to reduce the noise emitting from their music and crowds.”

Yet another neighbor, Ben Burgess, says, “My wife and I were in the courtroom for the Morris’ appearance to support the noise complaint because this is not an issue that is affecting just one neighbor. We live several houses away and are still routinely woken up by noise, both from the club and from patrons loitering in the streets. Even though there have been many previous attempts to find a solution for these problems, we hope that ownership will take this complaint seriously because the issues are having an adverse effect on the area surrounding the club.”

It’s quite telling that Mr. Morris didn’t recognize any of the neighbors there, despite the fact that many of them have lived in close proximity to his business for several years.

The judge withheld sentencing and told Mr. Morris to provide a solution that the neighbors would agree on. If they agree to keep the music at a level so that it can’t be heard on our properties, we think that would be a step in the right direction. We’re just waiting on them to offer that solution to us.

One of the club’s taglines is “Where making friends is our business.” All of their neighbors that were in court that day are hoping to see that mentality extended to us soon. 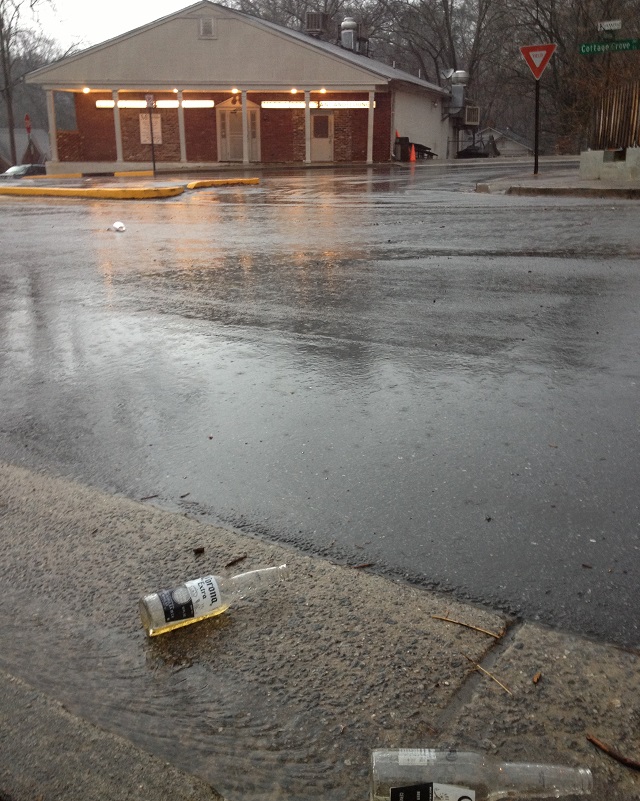