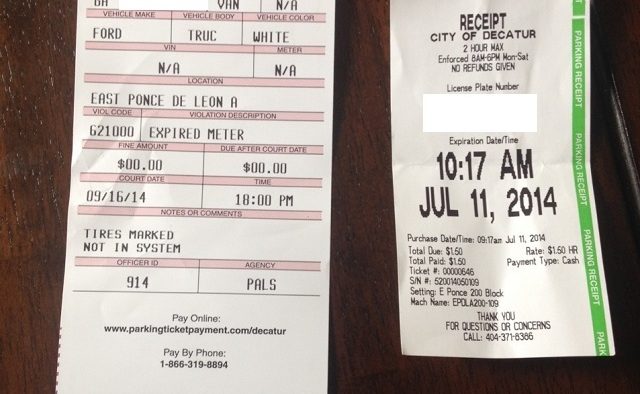 A copy of a warning citation issued to Thomas Atkinson
Share 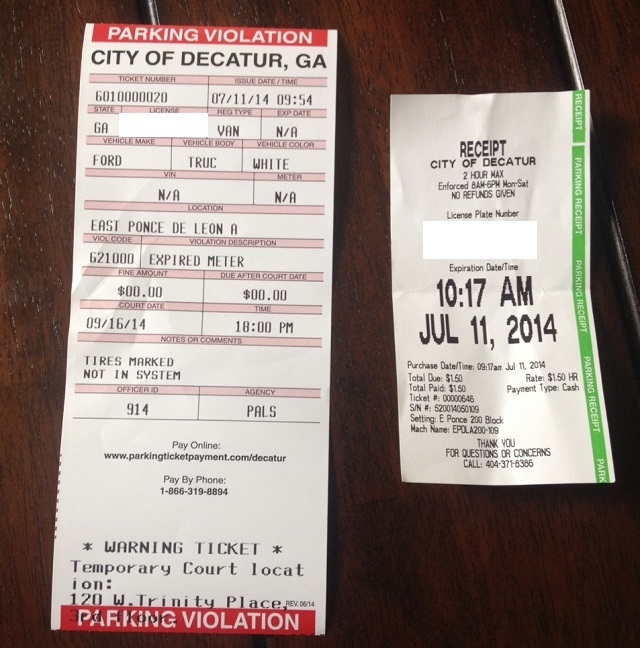 A copy of a warning citation issued to Thomas Atkinson

There’s still a few bugs to work out in the city of Decatur’s new parking system.

The city installed the new meters at the end of June. They are solar powered and monitor multiple spaces simultaneously. The system tracks parking by license plate numbers, so people who have paid to park won’t have to pay again if they move to a different spot. The meters accept cards and coins. You can also add time using your cell phone.

Thomas Atkinson told Decaturish via email that he’d received a warning ticket on July 11, even though he had paid to park.

Atkinson notified the city and the city said he wasn’t the only person who was affected by the issue.

He provided an email sent to him by Assistant City Manager Lyn Menne.

“One of the operators incorrectly assumed that a ‘no data available’ notice meant that there was no information in the system on the license tag,” Menne said. “What it really meant was that there was no wireless connection available. We have identified several blind spots downtown which means we will have to add some hot spots to assure wireless access to the data. You didn’t know it but you were part of our test group and identified two issues that need to be corrected  – a remedial tutorial for staffers and boosted wifi access.”

Menne said the city will “continue to operate in test mode” until it identifies potential issues with the new system.

Atkinson said he was pleased with the city’s quick response.

“Lyn responded within 5 minutes, and within an hour, I had a personal phone call from (City Parking Manager) Tony Parker with a detailed explanation that they were working on it, and I didn’t have to take further action,” he said.