Ross said that on July 19 at 11:28 pm officers responded to a residential burglary in the 100 block of Feld Avenue. The home was secured at 8:30 pm. The burglars forced open the rear door and got a way with a 50 inch television, a video gaming system, a sound system and some jewelry. There were vehicles and dogs at the home. It also had an alarm system, but it wasn’t armed at the time.

The next day, July 20, at 9:25 pm, officers responded to a business alarm at 1 West Court Square at the Square Convenience Store. They found the glass front door shattered. The surveillance tape showed the suspect breaking the window with some rocks. He stole five cartons of cigarettes and a candy bar. Police describe the suspect as a black male, 30 to 40 years old, with a medium build, light complexion and a receding hair line. He has a close-cut beard, and was wearing a white tee-shirt and blue jean shorts. Here is a photo of the suspect: 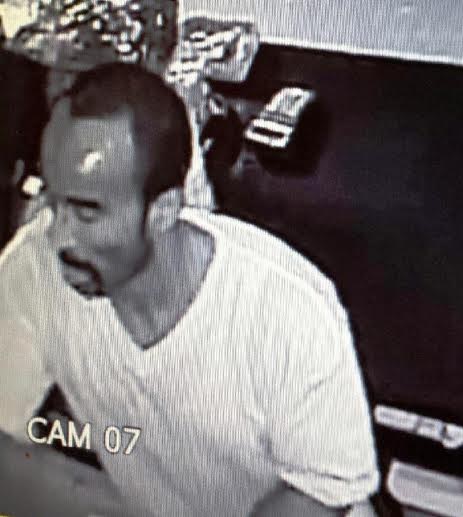 There was also a burglary reported on July 21 at 9:24 am in the 600 block of West Ponce de Leon Avenue. The victim told police that between July 18 at 4 pm and July 19 at 5 pm, an unknown suspect entered her secured office and forced open her desk drawer, but didn’t take anything. There were no signs of forced entry into the office, Ross said.