Decatur trying to save its grass

Decatur trying to save its grass 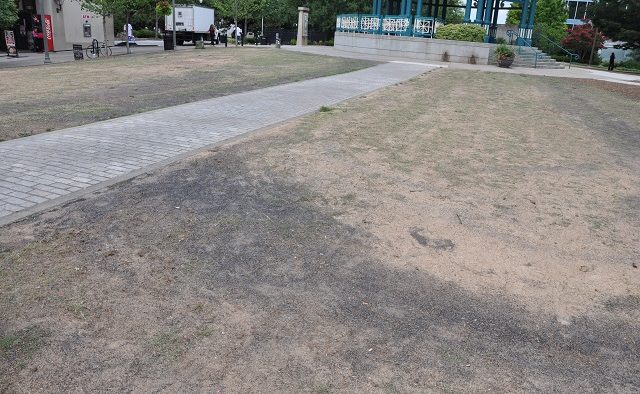 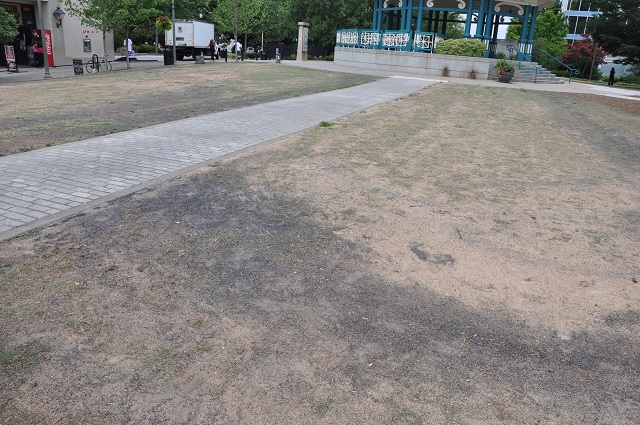 The lawn on the Decatur Square isn’t looking too good these days. Photo by Dan Whisenhunt, taken on July 10.

During the July 7 Decatur City Commission meeting, Commissioner Fred Boykin asked about the grass on the city square, which he described as “a little woebegone.”

“Weren’t we supposed to get some kind of grass that was just going to be great and look beautiful all the time,” Boykin asked.

Assistant City Manager David Junger said a city contractor would visit the square to fertilize and top dress it.

Boykin said in some places the lawn on the square “looks like dirt.”

“I don’t know what top dressing is going to do for that,” he said.

“I think one of the things that we found out, just in bringing the landscape architect back, last summer was a very wet and relatively cool summer and it just never had a chance to get established,” she said.

Menne said the city has tried to figure out how to reestablish the grass in between the Decatur’s festival seasons.

The square has seen plenty of traffic lately with summer festivals and, most recently, a July 4 fireworks show that drew hundreds of people to the city’s downtown.