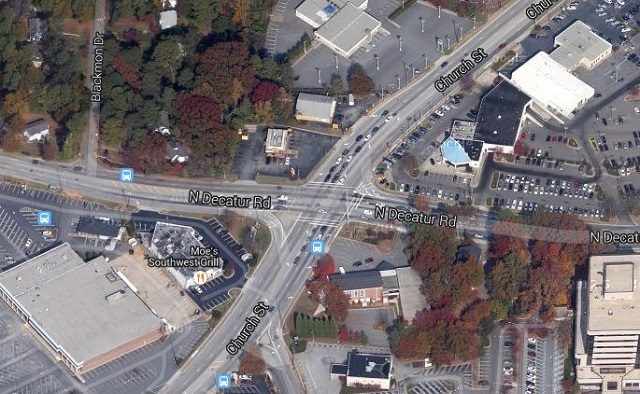 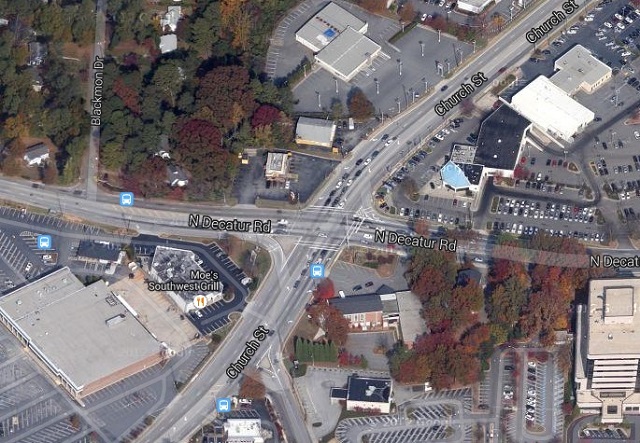 A 77-year-old nursery school worker was hit by a car on Church Street on Tuesday, July 22, and was cited by DeKalb Police for “darting into traffic.”

Kum Choi works at Suburban Nursery School and Pre-K and was attempting to cross Church Street near the intersection of North Decatur Road shortly before 6 pm. Choi was not in the crosswalk at the time of the accident. The driver of a Kia van didn’t see Choi as she was crossing between vehicles. The driver stayed on the scene, which was confirmed by the witness.

Choi suffered a broken collar bone and some cuts on her face. She’s currently recovering at Atlanta Medical Center, according to her daughter, April.

“She was crossing from Church’s Chicken,” the witness said. “She’s looking toward the intersection and decided to cross as we got a green light.”

The witness said he stayed on the scene to make sure police were aware that the driver had no way of seeing Choi. The driver wasn’t cited by police, according to the report.

“It was horrible,” April Choi said. “A 77 year old woman, hardly speaks English gets hit by a car and then you’re trying to give her a citation.”

“The officer investigating the scene did issue the pedestrian a citation, based on physical evidence and witness information for improperly being in the roadway not within the designated crosswalk,” he said.

April Choi said her mom was trying to avoid having to cross at the notorious intersection.

“No pedestrian can cross that without being terrified,” Choi said. “My mother wanted to go across the smaller street. … She was trying to avoid the major intersection. That’s why she crossed not on the crosswalk, because she wanted to avoid the intersection.”

JoAnna Tatum, owner of Suburban Nursery School, said Choi is a delightful, spry person who is well-liked by the staff at the center.