‘I didn’t ask for this’ – First hearing in cyclist case

‘I didn’t ask for this’ – First hearing in cyclist case 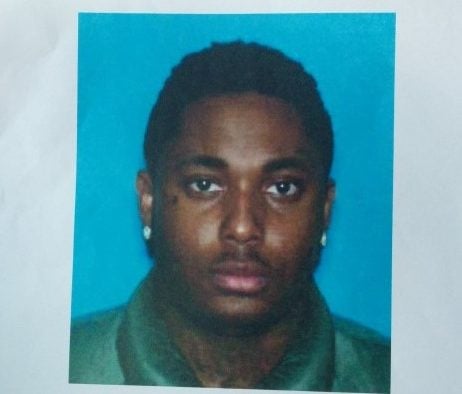 Two people accused of concealing a crime that landed a local cyclist in the hospital had their first court appearance today, hours after they were arrested.

Joseph Alan Lewis, 19, is accused of deliberately running down cyclist Greg Germani on June 9. The incident occurred on Flagler Avenue in Atlanta’s Piedmont Heights community. His girlfriend, Shanelle Woodard, 22, is accused of helping him conceal the crime.

Both appeared before a magistrate at the Fulton County jail. Woodard was arrested on July 16 and Lewis was arrested in the early morning hours of July 17. Lewis, who is charged with attempt to commit murder among other alleged offenses, was not granted bond. The judge set the bond for Woodard at $15,000 and she is to have no further contact with Lewis.

Woodard sobbed loudly in the courtroom while her attorney covered her face. She said, “I didn’t ask for this.”  Lewis sat in the corner and didn’t speak during the hearing.

Woodard’s attorney pleaded with the judge, saying she is a junior at Agnes Scott College in Decatur with no prior criminal record. A spokesman for the college contacted Decaturish after this article was published and said Woodard withdrew from the school in May of 2013.

The attorney said the only evidence police have against Woodard is that she drove her vehicle to Walmart. The circumstances surrounding that evidence were not explained during the hearing, and police have released few other details.

“She had no idea what was going on,” the attorney said.

The judge disagreed, telling Woodard’s attorney “there’s a lot more (evidence) than that” in the case against Woodard.

Lewis’ attorney argued for bond, saying that there were no witnesses who could positively identify Lewis as the driver of the vehicle. Like Woodard, Lewis has no criminal record, the attorney told the judge. The judge said because Lewis is charged with attempted murder, there would be no opportunity for bond at the first hearing.

At the end of the hearing, Woodard’s attorney escorted her out of the room, still covering her face as she wailed.

The next court hearing in this case will be on July 31.