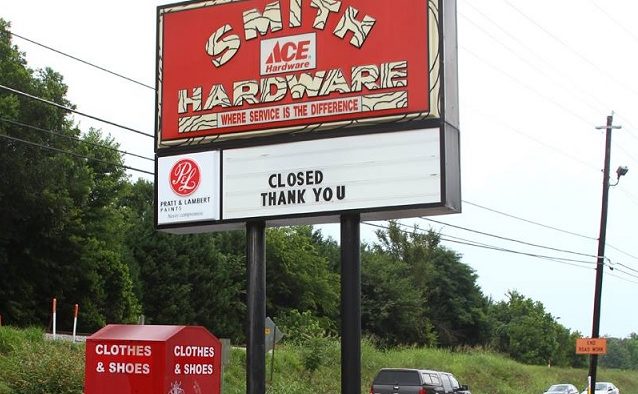 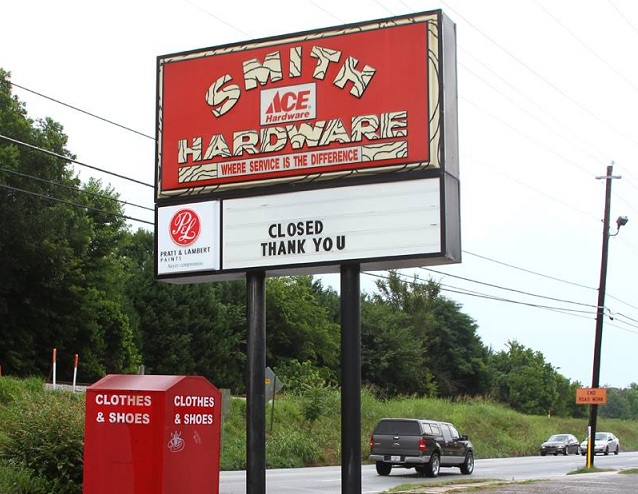 The announcement on July 7 that Smith Ace Hardware on East College Avenue would be closing its doors took everyone by surprise, including the property owner.

Harold Smith called Decaturish on July 16  and said he first learned about it like everyone else did, through Facebook. Smith’s grandfather founded the store nearly 80 years ago but the family sold the company in the 1970s. The family still owns the property.

The message posted on the company’s Facebook page said, ““After 42 successful years, the Decatur store has closed its doors to allow the property to be developed. We thank you for your loyalty and your business.”

Decaturish left a message with the property owner at the time, which was returned on July 16. An employee at the store’s Buckhead office said that the owners of the hardware store and the building couldn’t reach an agreement about the lease. He said the building was also “falling apart” and in need of significant renovations.

Smith rebutted portions of that story. He said the store owner, Allen Dawson, “left me high and dry.”

“They had been on a month-to-month for years,” Smith said. “As far as I knew they were happy with it.”

Attempts to reach Dawson have been unsuccessful. This story will be updated when Dawson responds.

Smith also said there weren’t any plans to develop the property.

“Allen and I had spoken about it being developed. I had nothing,” Smith said. “Now I have to find something to do with it.”

He said the “phones have been lit up all week” from interested buyers. Smith said he doesn’t have a price point in mind.

Currently the inventory at the store is set to be auctioned off by the store owners.